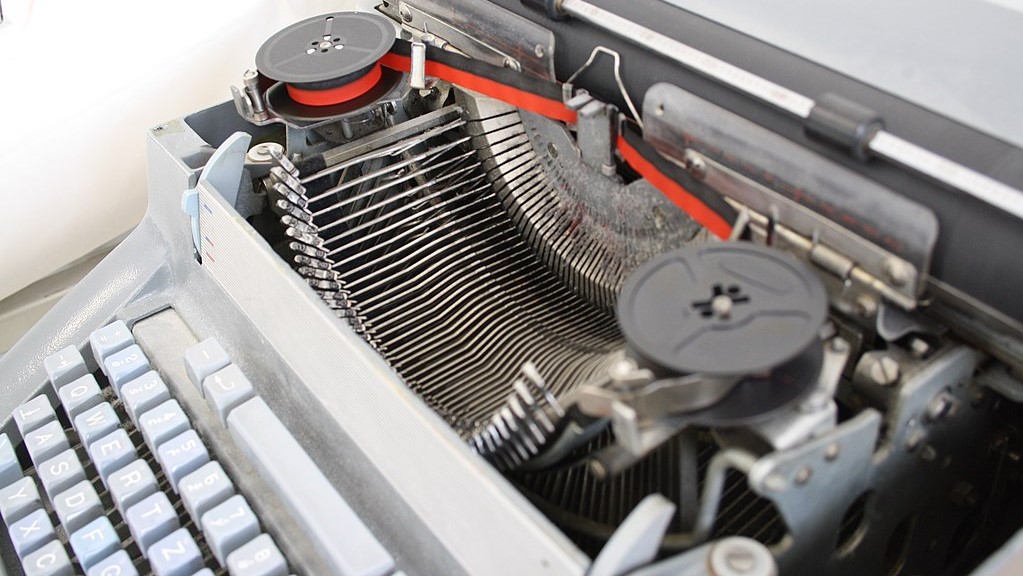 Copyright reform divided not only Europe, but also the Visegrad Group

Member states, the European Parliament and the Commission successfully finished almost three years of negotiation on a copyright reform. The clashes were concerned primary to articles 11 and 13. Stances of the states differed a lot and the Visegrad countries were not an exception.

The European Commission’s proposal to reform the copyright law opened series of discussion across the continent about fair remuneration for authors whose content is online but also about the freedom of expression in the digital era.

Most controversies took place around two articles of the new copyright directive. Diverse positions emerged not only in Europe but also within the member states. V4 countries were not the exception – their approach towards article 11 and 13 of the directive differed and also evolved during the negotiations.

Whereas article 13 obliges internet platforms to filter uploaded content to ensure that copyright is not breached, article 11 focuses on post snippets of information typical for services such as Google News. Under the new directive, snippets containing more than short extract will have to obtain a license from publishers.

Proposal on the table

Commission presented its proposal in September 2016, in the same time of Slovakian presidency in the Council. So the first position of Slovakia was simply neutral and as a presiding state it has welcomed the attempt to harmonize copyright for the digital environment.

Czechs did not agree with the proposed reform at the first time. The same was for Poland and Hungarian governmental debate on the digital copyright directive has largely remained behind the curtains.

During the negotiations, Slovakian and Polish approach remained mostly negative and ended up with vote against the proposal in the final meeting. On the other hand, Czechs and Hungarians are satisfied with the last agreed version of the directive.

As far as concrete objections are concerned, in Slovakia’s opinion the protection of author’s content should exclude snippets and links to an article, optionally accompanied by a thumbnail image (thumbnail), as well as hyperlinks.

In general, "Slovakia has been seeking to find a functioning mechanism that is sufficiently protecting publishers, but did not intended, to a reasonable extent, to create new protection for content that is still freely available (such as daily news, hyperlinks, snippets) so the environment in the digital market is not disturbed", Ministry of Culture claims.

Before the first trialogue, during the first Council meeting, which did not end up with a common ground amongst the member states, Slovakia has supported the mandate for Romania, although, the most problematic area in which MS's views diverged was the issue of hyperlinks and short excerpts under the enforcement of copyright. The new Franco-German proposal that was giving an exemption to the small companies, however, did not find a support in Bratislava, as Slovakia was amongst the 7 MSs that voted against the proposed wording.

"Since the COREPER proposals for a compromise solution to the issues discussed (including the issue of small and medium-sized enterprises) did not correspond to the long-standing position of the Slovak Republic, the Slovak Republic did not support a mandate for further trialogue negotiations," adds Slovak Ministry of Culture.

Warsaw also opted for the outright rejection of the directive. “It is because Poland’s government does not accept any solutions that aim to restrict the freedom of speech in the Internet”, the Ministry of Culture and National Heritage (MKiDN), which is in charge of copyright laws in Poland, said in a statement.

Poland is opposed primarily against two articles of the prospective directive: article 11 and 13. MKiDN underscored that “copyright laws should be protected, but not at the expense of freedom in the Internet”.

Warsaw also stands against what it considers too excessive a restriction of sharing content. According to Polish diplomats, such a remedy benefits international publishing companies and may endanger the well-being of many small and medium publishers, Polish one included.

„We believe that authors should be paid properly. However, mechanisms that should guarantee it cannot at the same time threaten the freedom of speech. In government’s assessment, the intentions of legislators are legitimate, but the way they are implemented, puts us at risk of restricting the freedom of speech. Moreover, it sets a dangerous precedent of automatic content filtering, which in the future may be used contrary to its original objective”, explains Paweł Lewandowski, the vice-minister of culture and national heritage.

Czech Ministry of Culture was rejecting the proposal, particularly the article 11, for a long time. But at the end the government voted for a final compromise of art. 11 and 13 in the last key Council´s voting, nevertheless.

“The Czech Republic has been endeavouring for a balanced directive that ensures rights for all affected subjects, creatives, users and consumers. The recent text of the proposal fully or to a large extent takes into account the Czech comments and proposals,” Petra Hrušová from the Ministry says. “The Government supports a compromise as a whole in accordance with an agreed mandate,” she adds.

So, the Czech position twisted during the year of negotiations. As far as the art. 13 is concerned, the government seconded Franco-German compromise. In the matter of article 11, Czechs decided to support the same version that European Parliament voted for.

Hungarian government did not share much information about its position but Fidesz-affiliated MEPs voted for the reform in last September, unlike the majority of Hungarian MEPs from the opposition’s ranks.

Socialist MEP István Újhelyi could not support the proposal because of the often-criticised articles 11 and 13. He still believes that it is incorrect to settle the dispute by potentially restricting the freedom of speech, the freedom to create and the freedom of opinion.

“The main issue with the directive is that it gives ground to different interpretations depending on what lawmakers want to ‘see in it’.” For instance, in the case of article 13 on content created by users, the directive cannot be implemented without using filter software. This is concerning because currently not a single filter software exists that would not ’try to carve a toothpick with an axe,’ meaning that actual user-created content would incorrectly not pass muster,” says the socialist politician to Political Capital.

Újhelyi believes the whole debate could be rendered pointless by not making service providers solely responsible for the content on their platforms because otherwise legislators, willingly or willingly, support self-censorship.

Copyright reform was heatedly debated also within the states, especially between media and online platforms. For example, Věra Průchová from the Czech company Seznam.cz that competes with Google on the Czech market rejects the government´s position.

Průchová believes that a current Czech legislation is sufficient when it comes to an illegal internet content. The problem is just its               enforceability. “The “notice and take down” principle has been working more than 18 years,” Průchová says.

“Unfortunately, the Czech government voted in favour unlike e.g. Slovakia, Italy or Poland,” she adds. However, rejection of this mandate supported not only Seznam.cz, but also the ICT Union, the Czech Chamber of Commerce or the Confederation of Industry of the Czech Republic.

The Government´s position is welcomed by the Czech Union of Authors (OSA) that is another strong interest group in the Czech Republic. “We definitely agree that a copyright reform is really needed. It must adopt to new trends. That is why we welcome the art. 13,” Kateřina Růžičková from the OSA expresses.

Also Václav Mach from the Union of Publishers welcomes a Council´s proposal and believes that there will be no problem with a final voting at a plenary session and in the Council.

The most active groups to discuss the agenda with the Slovak representatives were authors and groups and associations that supported authors.

Slovak national press agency TASR, which is the largest agency in the country, is the member of the European Alliance of News Agencies (EANA). Therefore, similarly to the EANA, it supported the EU's efforts "to ensure that online platforms remunerate content producers, journalists and the media adequately.”

Association of European Journalists, which is active in Slovakia, welcomed the proposal of the new legislation, including exceptions for open source software platforms like Wikipedia. "It is necessary to adopt a norm that would distract the fears of possible censorship of the internet and filtering its contents," says Tibor Macak, Secretary General of the AEJ and Slovak radio journalist.

Emil Vojtko, the director of Vidadu, the biggest network of internet authors, youtubers and influencer in Czech and Slovak Republic, considers the debate about the copyright reform in Slovakia "underrated".

"When a person decides to search for more information, Google offers only few blog results about the legislation," Vojtko claims. The network of over 200 authors that Vidadu connects conveys concerns primarily regarding "the ambiguity of the wording of Article 13" and the fact that "they (authors) can not foresee what a great impact it may have" on their business models.

Open the eyes to the facts

The negative position of Poland’s authorities is praised by ZIPSEE Digital Poland, firm that groups electronic companies. Its chairman Michał Kanownik says that “the decision of Poland’s government is testament to the fact that it understands contemporary world, in which the progress of digitalization, science and new technologies is a driving force of the development of national economies within the EU”.

But the Chamber of Press Publishers (IWP), which groups the most important press publishers in Poland, appealed to the government to back the project of the directive.

“The directive will not solve all of the press market’s problems, but it will at least partially repair the current imbalance between content providers (e.g. publishers) and the entities that use press materials in their business operations,” says the Chamber’s statement.

Bogusław Chrabota, chairman of the IWP and editor-in-chief of „Rzeczpospolita”, Polish daily, puts it more bluntly.

“I hope that opponents of the directive eventually open their eyes to the facts. Pauperization, that is impoverishment, and in effect destruction of authors: journalists, writer, musicians, or filmmakers will benefit nobody, because it means vacuum. And vacuum is not attractive. Thanks to the directive we have a chance to survive. A chance, because we are only at a half-way point”, says Chrabota.

Hungarian lawyer Tóth Péter Benjamin emphasises unity of interests group that emerged during the debate on the copyright law especially regarding the EP vote last summer.

“The fact that the European Parliament did approve the proposal in the end can be attributed to the unprecedented unity of European artists, content creators (and organisations representing them). Artists turned to European decision-makers in a joint letter, this petition was signed by 40,000 people, including several Hungarian songwriters,” says the lawyer of Artisjus, which acts as a joint collection society for writers.

Tóth believes that the reform’s opponents are talking about internet censorship, but the new legislation would not force any restrictions or obligations upon users. “Changes only affect large platform providers and the copyright owners of content. As a user, it would actually be easier to share content because all necessary permits have to be acquired by the platform provider,” argues Tóth.

The expert also addresses the heightened media attention on the topic in the wake of rumours about the “prohibition” of memes: parodies or memes will remain exemptions to copyright laws, the EU directive allows them to be made freely. None of the points in article 13 contains any statements that regulates the issue differently.

“When transposing the directive, it will be obligatory to make parody an exemption as well, but this will not change anything meaningfully,” concludes Tóth.