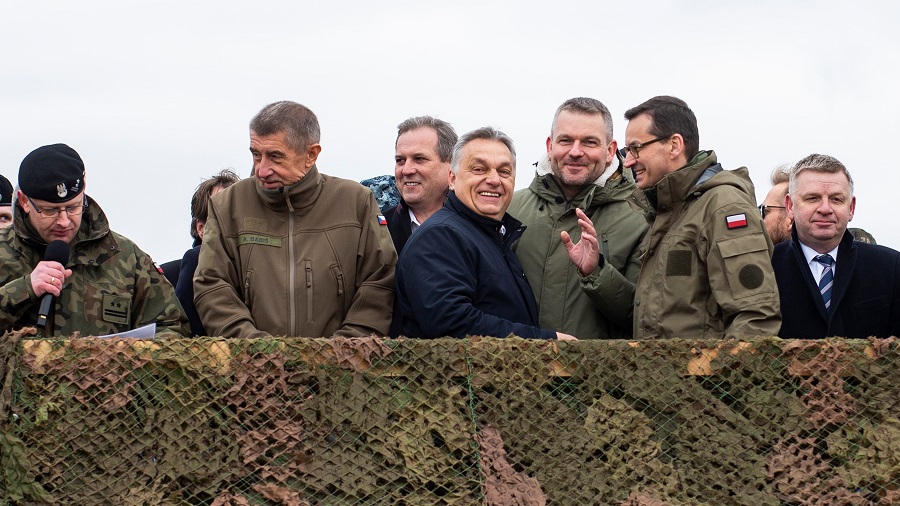 Eric Maurice: V4 countries said they want to have more power, but they didn’t say for what

From the Westerns’ point of view we, with the policy of open arms, expected the new members to come in and accept not only the acquis, but also to accept all visions of the EU. Then came the realization that they are not fitting in what the West was expecting, says French political analyst.

Eric Maurice is a manager of the Brussels Office of the Robert Schuman Foundation. He is also well known journalist and former editor-in-chief of EUObserver.

Group of ten countries including the V4 entered the EU 15 years ago. What were the expectations of the older member states from the new ones?

The expectation was to reunify Europe, to expend the territories, where are applied the rules of the EU such as freedom of speech, freedom of circulation etc. But at the same time there was a lot of scepticism and fears about the social consequences for the Western Europe. We didn’t know this new population very well, in terms of the history, mentality and even their expectations. So, when the Western and the Eastern countries started not only to talk together, but work together, we realized that the expectations were much more different than we thought before. And that’s the start of some kind of disillusion on both sides. And maybe from the Westerns’ point of view we, with the policy of open arms, expected the new members to come in and accept not only the acquis, but also to accept all visions of the EU, where it should go to and what kind of role it should have in the world. And of course, it could not be the same, because these new countries also had their starting point and they knew they come from the old empires and then the communist regimes. Then came the realization that they are not fitting in what the West was expecting.

There was also a lot of differences about the war in Iraq, when France and Germany were against the war and the rest of Europe, especially the East of the continent, was following the EU into the war. So even before the enlargement we saw that we did not have the same vision for what the EU should be. And from that, geopolitics, social politics, cohesion of societies, all this was not really thought through before the enlargement, because it was so inconvenient for the optimism of 1999 and after. So, this optimism ended the day we achieved this reunification and then started something new. But we didn’t think of it as something new, that was maybe a misunderstanding that we had.

You said that reunification was one of the expectations. Do you think that now we are really united?

There is probably this dimension of being at least a former Eastern Bloc. And the fact that all these countries joined the EU at the same time reinforced this notion of “bloc”. And probably that makes the division between the East and the West maybe not more salient, but at least more present in people’s mind.

But it’s not only East-West divide, it’s also North-South divide and also the big countries against the small countries. So, it’s not a clear-cut line.

Visegrad is part of this “Eastern bloc” and it has separated itself from the rest of the EU especially during the migration crises. What does the West think about us after this experience?

V4 countries have their views on migration and now the other countries had moved towards this. Meaning that protection of boarders is more a priority now than it was in 2015 when we had to manage the flow of people and of course the position of countries like Hungary or the Czech Republic or Slovakia was not helpful, because we had to do something with these people. Now the crisis is less huge and the EU can focus on the longer term of what has to be done and the protection of boarders. It has become a priority of the other countries now to prepare for the future. But it doesn’t mean that they have the same definition of how the boarder protection should be done, especially about the role of Frontex, and to what extent can the countries have control over the boarders. And the question is what to do with the asylum seekers is still there, that is one of the reasons there is no agreement still. So, on one hand, the views have converged to try to have more comprehensive view of asylum, boarder and external policies regarding Africa and the Middle East. But one dimension, asylum, is still a very big divide between the V4 and the EU institutions. But if you look at the last EU summit in June where the migration was the issue, it was Italy who presented different views.

We can see eurosceptic tendencies across the EU after the migration crises, especially in V4. What do you think are the roots of our euroscepticism?

Probably it’s because the expectations were different at the time of the enlargement and maybe it was difficult for these countries not to be heard as much as they wanted or expected to be. Secondly, the EU was mainly considered as an economic project, because in terms of security it was NATO. Then there was the Maastricht treaty which gave bigger political dimension to the EU. For Czech and also for British people it is very hard to accept this political dimension, which entails a lot of commitments, and a lot of acceptance of giving some sovereignty and giving some decisions to other. And that was probably not how the EU was seen when the work of accession was done. So, that’s a second reason. And the third reason, as in all the EU countries, the crisis arrived and of course the EU had to take very difficult decisions. Brexit was another moment, when the people started the think about what is the EU, what should we do with it. There are a lot of questions about the purpose of the EU and what should be the main advantage to be taken out of it.

The debate on the reform was launched in the whole Europe after the brexit referendum. Do we have any outcomes out of this debate already?

The first indication will be the EU summit on the 9th May, but of course we see that the eurozone reform is not as reaching as the Commission or France for example wanted it to be.  There is some progress in defence, in terms of security, boarder protection, which was defined as one of the main topics. But big discussion would probably lead to some rediscussion of EU treaties and nobody wants to start with it. Only few are ready for that, because that would lead to a discussion about how competences should be shared between the institutions and member states, what kind of decisions should be taken, what kind of power should we share and how far-reaching should the integration be. And of course, there are differences between countries and many questions to answer about the purpose of the EU, so everyone knows that we should have a clearer vision of where the EU should aim to, how should be shaped. The solutions are so different depending on who you ask, too. It’s very difficult to have this discussion especially in times of Brexit and negotiations about future the Multiannual financial framework.

For example, the V4 countries are promoting a stronger role of nation in the EU. Is it possible to strengthen their role?

It depends on what you mean by giving the member states more power. I think that there already procedures for that. But if giving more power to member states is to give them the power not to obey or not to apply the decisions taken in Brussels. Probably if you give more power to the national governments, it also means giving more power to the European parliament. So, I think behind this discussion you really need to have a clear view of what these governments really mean. If it’s to add consultation and discussions in decision-making in work, or if it’s just to have the possibility to do what you want. With some kind of governments, we can feel that the view is probably to take the power back. I think that one has to be coherent, you cannot say that you don’t want multispeed Europe, because you are afraid of lagging behind, but at the same time cherry-pick. Either you have different speeds, different groups and then you have your rights and your duties, either you refuse the principle of multispeed Europe and you refuse the principle of doing what you want.

So, can we say that the V4 hasn’t clearly expressed their vision of the future of the EU?

They said that they want to have more power, but they didn’t say for what. We know that social policies will be one of the main topics in the upcoming years. They have to say clearly if they want to still benefit from low wages and posted workers and so on, or if they want to try to catch up with the other countries and maybe have more minimal wage, more social policies. But I don’t think it’s limited to these countries that they don’t have clear contribution to the future of the EU, it’s also the case of Germany. We don’t know exactly what it wants and countries like Spain or Italy also don’t have clear vision. Macron have put ideas on a table, they can be wrong, right, but at least there is some political discussion. And the other countries are not really going into this debate.

We know that as long as France and Germany don’t agree on one point, there is no decision, because there will still be one big country opposing the rest. So, without this agreement between France and Germany nothing can be done. But it’s not enough anymore, because you have many other groups like V4 or the Northern countries, which have sometimes different views and that makes the decisions more difficult. Also the agreement between France and Germany is getting more and more difficult to find. And we can see that for many years it was France not having energy of vision or desire to propose. Then Germany is seemingly out of energy, ideas. And after the Macron’s letter the reply was just many no’s. So, Franco-German engine is necessary, but it’s not working, and even if they achieve some kind of agreement, it’s not enough. Big countries are still necessary in terms of political and economic power but UK is leaving, Spain is still looking at what it should be, Italy is going further away from the core of the EU, Poland is not so active. This is probably the main challenge for the EU in the future, to try to find a new engine, which would need France and German, but also other players.