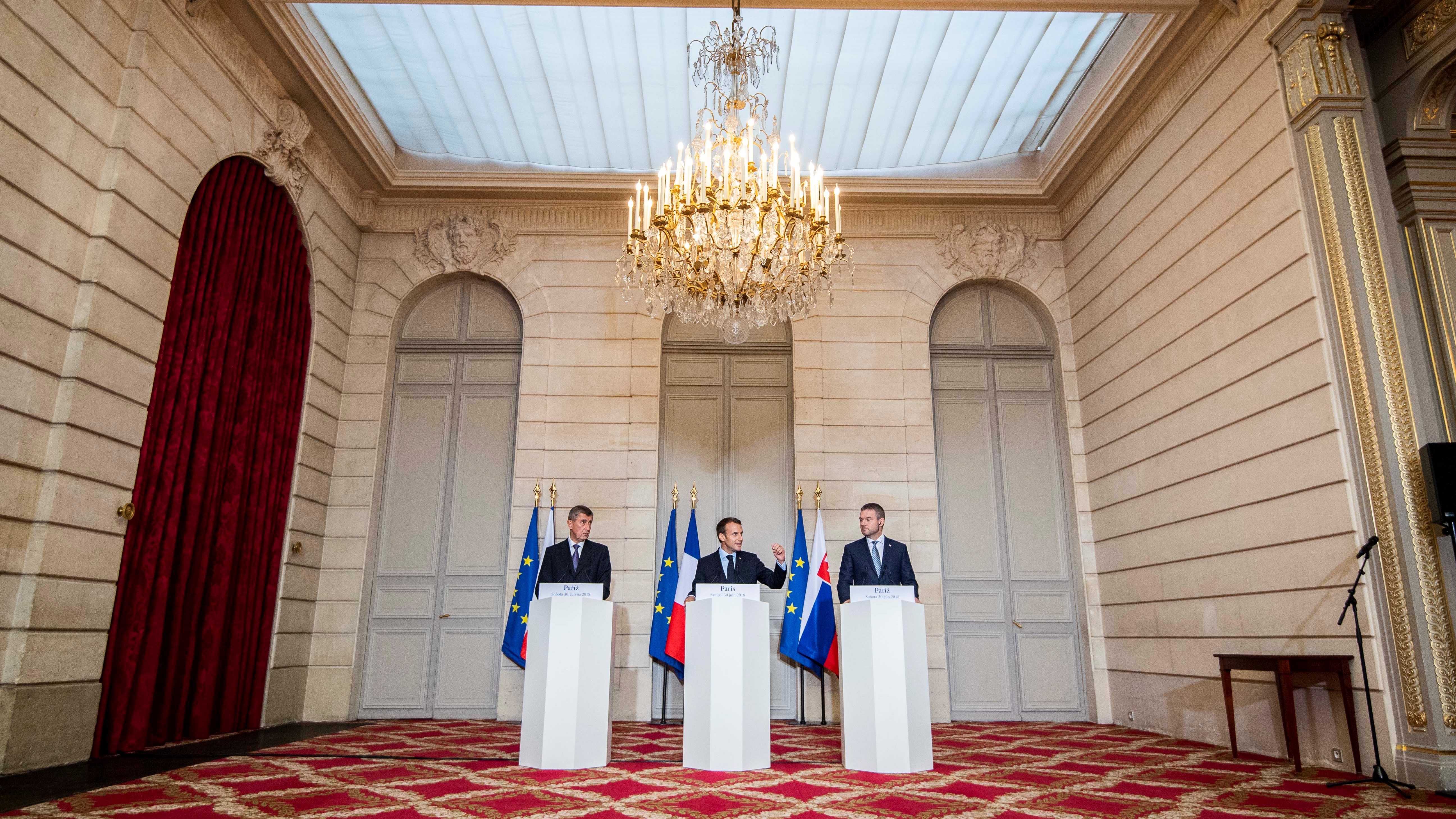 The French perspective on Visegrad has gone through a certain amount of evolutions since the summer of 2015, which marks a turning point in going from a relative unknown to an object of increased interest, albeit not necessarily for positive reasons.

Historical reluctance to EU enlargement and the fear that Germany would assume leadership of a newly enlarged EU, the geographical tendency to look South towards the Mediterranean rather than East can all be seen as causes of French relative apathy towards the Visegrad countries.

For years, the majority of coverage about the region in French media revolved mostly about the (negative) effects of economic competition and the relocation of factories to the new EU members, without a specific mention of Visegrad itself. In the political field, the lack of a shared political perspective after the 2004 accession meant that interactions were rather limited, and are often summed up by Nicolas Sarkozy’s (French president from 2007 to 2012) admonition to Visegrad countries: “If they (ie. V4 countries) have to meet regularly before each council, that could raise questions.”

Given that the meetings of V4 countries before the Council have continued uninterrupted, this quote perfectly illustrates the low level of intensity and follow-up coming from Paris in pursuing anything than a standard, mostly economic, relationship with V4 countries.

The question in understanding the French perspective on Visegrad is whether there is an agenda for cooperation that has allowed to go beyond the negative reception of the V4 positions on relocation mechanisms, which unfortunately continues to structure French mainstream thinking about the region and creates an important image issue, to the same extent that rule of law Article 7 procedures against Poland and Hungary do.

The election of Emmanuel Macron, with the laundry list of proposed reforms in the Sorbonne and Athens speeches and the “European Renaissance” op-ed published on March 4, has had the merit in France of creating a framework through which policy positions (as well as red lines) of individual countries can be identified and acted upon, with a keen eye put on Visegrad countries.

However, much like for the rest of Europe, in France, there is a perceived dissonance coming from the V4 countries between what was seen as an extremely negative reaction in the summer of 2015 and the lack of ability to structure policy positions, or even reactions, in response to Macron’s proposals, in order to start forging the consensus going forward.

French chancelleries in the region have devoted a certain amount of energy to gathering feedback from local governments but have expressed a certain amount of frustration at the timorousness of the local political personnel in taking positions on these issues. This frustration is compounded by the fact that the German response to French proactiveness has been largely disappointing and have created openly expressed irritation in French circles.

In this context, the importance of the relationship between Germany and V4 countries can be seen as not facilitating the search of such a compromise, given the unlikelihood that V4 countries will express clear overall positions without seeing the same from Berlin. Therefore, the V4 countries continue to be seen as privileging Germany in diplomatic contacts, a perception confirmed for all four countries by the ECFR’s Coalition Explorer.

With that in mind, there is now a clear tendency in France to separate the V4 as a group, which is realistically understood as having a low level of unity on many key EU policy issues and no longer serving a real purpose for coordination, and rather to tailor its approaches to the individual countries. Put differently, the V4 is no longer a tool used by Paris to understand the individual member states’ priorities and interests, and engagement with the rotating presidencies is quite limited. This has therefore given rise to thinking about how to define common agendas with the countries with whom there are clear shared interests.

The Czech Republic is the leading regional power in pursuing further EU defence integration efforts, and is closely followed by Slovakia on this front, which has led to an intensification of the relationship on these issues, besides the existing link created by Slovakia’s eurozone status.

There has therefore been a conscious link created with these two countries, which stands in stark contrast with the more problematic relationship with Poland and Hungary, where antagonisms exist due to rule of law especially issues.

The earlier temptation that existed in Paris to use Prague and Bratislava as bridge countries to bring Budapest and Warsaw back into the fold has now all but disappeared, realising well that the V4 does not provide the adequate platforms to discuss this or even to align interests, and has decided to deal with these issues bilaterally.

Discussions about rule of law are part of the presidential party´s (La République En Marche (LREM)), European elections platform, and have been a long-standing concern of Emmanuel Macron, as was expressed numerous times during the 2017 presidential campaign.

France, alongside Germany, the Netherlands and Scandinavian countries is a leading force in the article 7 proceedings against Poland at the General Affairs Council (and has motioned recently to start the hearings in the case of Hungary), which is seen as a part of a larger process of the reform of the delivery of structural funds. Paris has offered several modifications to the rule of law conditionality rule that was put forward by the European Commission in May 2018 and will continue to make this a priority in the lead-up to the next Multiannual financial framework.

This desire for reform was recently symbolised - in a clumsy and abrupt fashion - by Nathalie Loiseau, the head of list for LREM at the European elections, who said that she “does not want European money to be used to build highways in Slovakia anymore”. This shows that unfortunately, in the French perspective, discussions about the V4 often remain, for a greater audience and for political purposes, limited to the supposedly undue benefits from structural funds rather than more serious questions about how France - especially the industrial and economic sector - has benefitted from the EU membership of V4 countries.

The French perspective on V4 countries has been very slow to move because of the relative limited agenda of cooperation that links the two regions. While defence has proved a boon in cooperation and has even allowed for positive discussions with Poland and Hungary (mostly for procurement and, for Warsaw, NATO-related issues), and the narrower agenda of corporate taxation for digital giants, which is pushed forward by Prague and Bratislava.

French political leaders will be wanting clearer indications of how V4 countries position themselves on the crucial “future of Europe” issues that have been put forward forcefully by Emmanuel Macron.

In parallel, there is also a question of which political forces from central European countries will form part of the future European parliamentary group that LREM will join, whether ALDE or a new formation. In the case of the former, it seems that only Andrej Babiš’ ANO and perhaps eventually, but with doubts remaining, the Czech Pirate Party or the Slovak progressive coalition could contribute a sizeable number of MEPs to the group.

Therefore, contacts at the EP level may be rather limited and contribute to the lack of development of a common agenda, as discussed above. In such a case, it is hard to imagine that the French perspective on the V4 would change significantly in the upcoming years, and could remain rather marred by opposition, especially regarding the future financial orientations of the EU, and of fairly low intensity on issues where they see eye-to-eye.

Martin Michelot is the Deputy Director of the EUROPEUM Institute for European Policy in Prague and an associate research fellow at the Institut Jacques Delors - Notre Europe in Paris. He focuses on security policy in the EU and NATO, regional cooperation mechanisms, and rule of law issues.