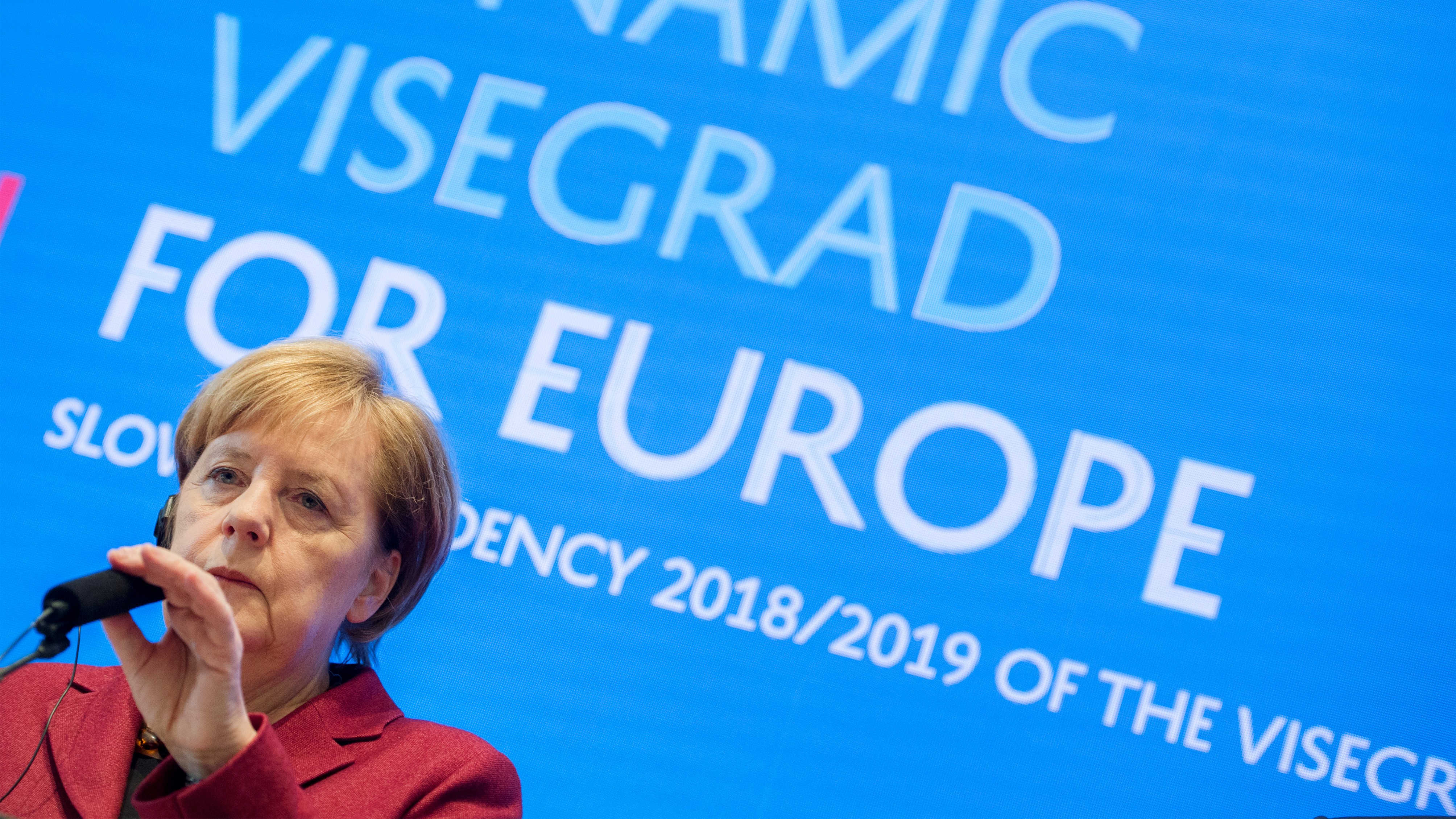 V4 in the EU: Neither blocking minority, nor agenda-setter

The fear in Berlin that the V4 acting as a blocking minority on more European policy dossiers has softened. Instead, German policy-makers and analysts are trying to identify common ground between Germany and the V4, while at the same time doing justice to existing national differences, writes Anna-Lena Kirch from the Hertie School of governance.

From a Berlin lens, the Visegrad states (V4) as an entity have somewhat disappeared from the radar when it comes to European politics. One major reason is the fact that asylum and migration issues do no longer visibly range at the top of the list of hotly debated “to do’s” in Brussels. Moreover, domestic policies and discourses in Germany as well as most of the EU have shifted towards the V4 positioning: away from signals and narratives of a strong ‘welcoming culture’ towards better protection of EU external borders, pragmatic third country agreements to reduce irregular migration and against binding relocation schemes. As a result, the controversy around the issue has decreased and there is consensus on the need to focus on the external dimension of migration. At the same time, the realisation has prevailed for now that there are no quick and easy solutions at sight when it comes to relocation mechanisms and the reform of the Dublin system. Instead, the agenda is dominated by other political challenges like Brexit, defence cooperation, the relationship with China or climate policy where the V4 have not stood out as a group.

Without the branding of building the core coalition against binding quota to regulate relocation of refugees across the EU, the Visegrad states do not stand for a shared coherent and pro-active joint EU agenda. Altogether, the EU currently lacks credible impulses towards more supranational integration or the deepening of a “two speed Europe” around the Eurozone, along the lines of the reform proposals put forward by the French President Emmanuel Macron. If such a policy agenda gained ground after the European Parliament elections and were equally supported by governments in Berlin and Paris, this development would likely trigger another Central European veto position.

With only Slovakia being part of the Eurozone, the other governments are, on the one hand, critical of additional transfers of competencies to the European Commission, and, on the other hand, wary of being marginalised in possible two-tier Europe scenarios. However, given the status quo of low European cohesion, increasing fragmentation of national preferences and fragile governments in many EU member states, a strong push for “more Europe” is not a likely scenario.

The V4 have so far not delivered on their announcement to actively contribute to shaping the EU reform process which was initiated in 2016. Even on agenda items like energy security or the Single Market where the V4 traditionally have shared many interests, they have not presented themselves as a coherent group lately. The revision of the posted workers directive was a very politicised case where the four Visegrad countries initially pursued a joint policy approach in order to counter demands under French leadership to apply higher social security standards and minimum wages to workers temporarily posted in other countries EU countries. Governments in Warsaw, Budapest, Prague and Bratislava criticized the legislative proposal for serving as a protectionist tool to shield Western European labour markets from Central-Eastern European competition. However, the V4 consensus eventually broke and only Hungary and Poland voted against the final deal. Another common denominator with regard to EU politics has been the V4’s net beneficiary position in the context of cohesion policy. The four countries have served as the core of the ‘friends of cohesion group’ that has lobbied against far-reaching budgetary cuts and in favour of a flexible cohesion policy in negotiations on the Multiannual Financial Framework. However, the Czech Republic is on the verge of becoming a net payer, adding another layer of differentiation within the group.

The lack of common interests on many EU dossiers is balanced out by a growing network of V4+ consultation formats which are very much in line with the flexible and instrumental branding of V4 cooperation. The list includes meetings with European partners like Germany, France, the UK, Austria, Slovenia, Benelux, the Baltics but also third countries like Canada, Israel, Egypt, Japan, Korea or the Western Balkans, to just name a few. Another step towards diversification of partners has been Poland’s increased engagement in broader sub-regional formats like the Three Seas Initiative. This is not to say that V4 cooperation in a more narrow sense is about to disappear or become meaningless. The existence of annual presidencies and the dense net of more or less formalised consultation and coordination meetings on all possible administrative and political levels has a strong stabilising and uniting effect. It is thus out of the question that the group will dissolve any time soon. As a matter of fact, the 2018 EU Coalition Explorer by the European Council on Foreign Relations confirms that the Visegrad countries are each other’s default partners. They all range among each other’s top five “most contacted” EU member states. Policy-makers in Hungary and Slovakia contact their V4 counterparts even more often than Berlin. Many V4 projects have a cross-border or regional development character, and cover policy areas outside of the immediate EU context. The International Visegrad Fund, for instance, funds numerous initiatives, which aim to connect civil society actors or build research and analysis structures like ‘Think Visegrad’ in the region. Other examples include joint infrastructure projects with a focus on North-South interconnectors, impulses to transform Central Europe into an innovation hub or defense cooperation in areas like training, education and information sharing.

In any case, the fear in Berlin that the V4 might have the ambition and the potential to act a blocking minority on more European policy dossiers has softened. Instead, German policy-makers and analysts are trying to identify common ground between Germany and the V4, while at the same time doing justice to existing national differences between Poland, Hungary, Czechia and Slovakia. Angela Merkel’s participation in the V4+ summit in Bratislava in February 2019 was therefore characterised as a “Versöhnungstour”(reconciliation tour) in some German media outlets, and an ‘impossible balancing act’ in others. On the one hand, the German government and most political parties (except for the Alternative for Germany) remain critical of domestic developments in the region which are seen as attempts to undermine the rule of law and European values. A recent example has been Viktor Orbán’s poster campaign against Juncker and George Soros which triggered broad criticism and led to Hungary being suspended from its membership in the European People’s Party in the European Parliament. On the other hand, German policy-makers and policy analysts are actively searching for joint European projects – beyond trade relations. Taking one step in that direction, Germany joined the Three Seas Initiative in September 2018 as an observer. In addition, during the V4+Germany summit in February, the five countries agreed to launch a joint development initiative in Morocco to fight poverty and contribute to stabilisation efforts in Northern Africa. It remains to be seen if and in which form the project will materialise – and to what extent it creates spill-over effects in other policy areas.