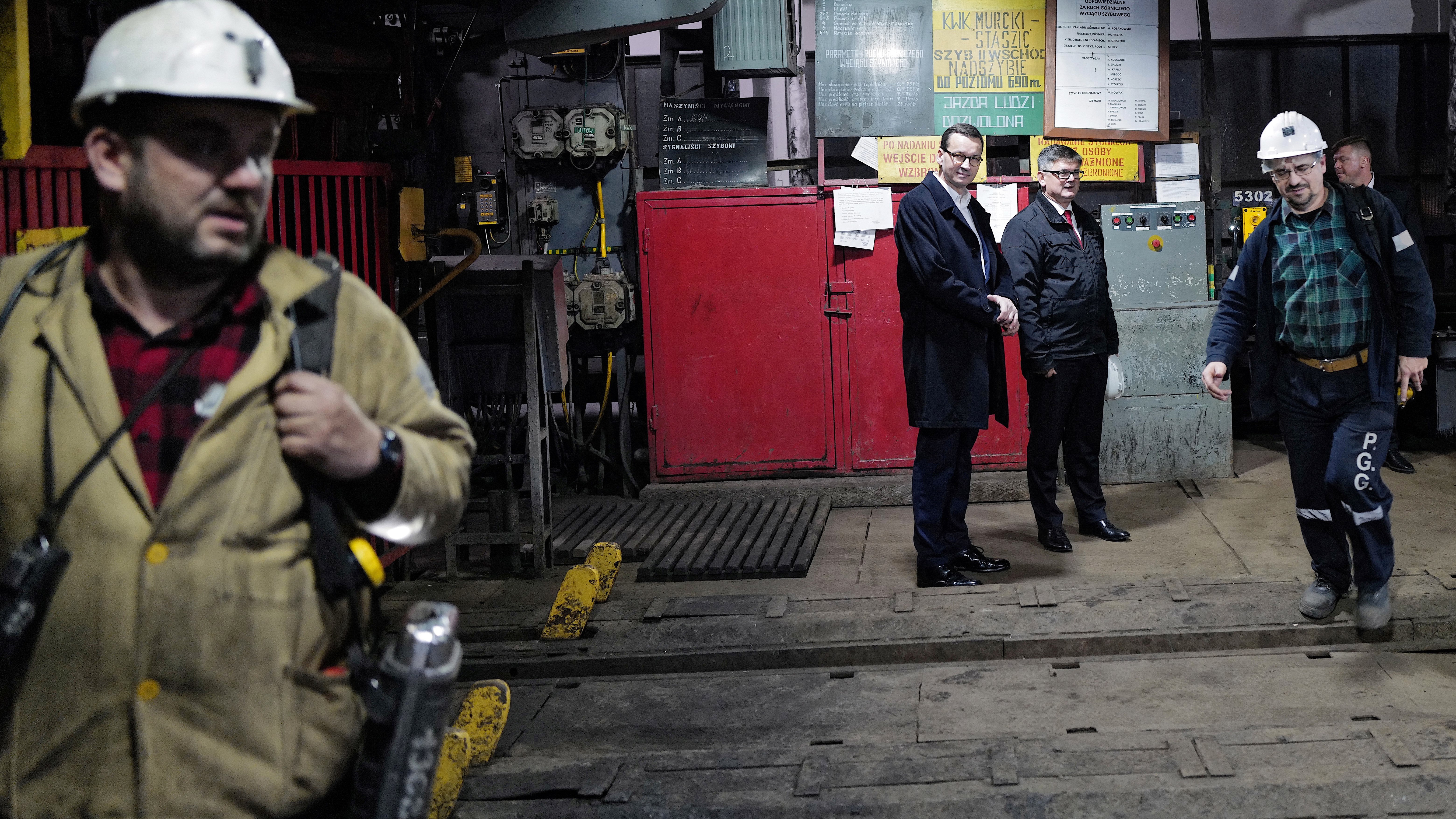 Climate neutrality: Eastern Greater Poland wants to be the first subregion in the country to achieve that

In 2030, the last electricity produced from coal will flow in Eastern Greater Poland. In 2040 this part of the second largest Polish voivodeship intends to achieve climate neutrality. "It's not PR. We have it all carefully thought out", emphasizes the co-author of the strategy.

"Twenty years to achieve the goal of climate neutrality is an ambitious goal that will be difficult to achieve, but it is realistic for one generation," says Maciej Sytek, President of the Board of the Regional Development Agency in Konin and one of the co-authors of the strategy, in an interview with EURACTIV.pl which is to lead Greater Poland to climate neutrality.

The difficulty is that this part of the second largest Polish voivodeship in terms of area belongs to the six mining regions in Poland. The Pątnów-Adamów-Konin Power Plant Complex (ZE PAK) operates there and employs several thousand people. ZE PAK plants generate electricity from lignite.

We need a plan for Poland

Giving up opencasts is also a socio-economic challenge. It means the necessity to remodel the employment structure in the subregion. Thousands of people will have to find new jobs. This is related to the need to acquire new professional qualifications.

Trade unionists from ZE PAK announced that only the abandonment of the new Ościsłowo opencast would mean the loss of jobs for as many as 7,000. people. They do not like climate neutrality plans and are threatening to strike.

"We need a government plan not only for miners from Silesia, but for the whole of Poland. We need cooperation. There is an urgent need to create a government program for employees leaving mining and conventional energy in the form of public aid mechanisms, such as bridging pensions or help in finding a new job", emphasizes Maciej Sytek.

The opportunity for Eastern Greater Poland is EU's Just Transition Fund (JTF). This aid is intended for post-mining regions that need to change their economy. Apart from Konin, also Wałbrzych, Silesia, Lublin, Łódź and Lesser Poland regions can count on support.

The base figure is around EUR 3.5 billion but may be higher when paired with other funding sources. However, half of the money from the FST is conditional, and its payment is to be dependent on the consent of individual countries to the EU's climate neutrality goal by 2050.

The money will not be allocated directly to the transformation itself, but to projects eliminating its negative effects. This means, for example, the creation of alternative jobs, or programs of extensive training and retraining of employees.

The provincial government is preparing a program called "Just transformation of Eastern Greater Poland". It assumes concrete support for the Konin subregion, which must shift from an economy associated with lignite to ecology. The first steps were taken already in 2018.

"We have invited all interested parties to cooperate in working groups. The four groups include representatives of NGOs, trade unions, local governments, entrepreneurs, ZE PAK, but also representatives of several ministries", emphasizes Sytek. It is about 200 people in total.

In the following weeks, a final concept should be expected, which will be the basis for applying for funds from the JTF.

As part of the Greater Poland Energy Valley, three main pillars of the road towards climate neutrality have been created. The first is the production of energy from the sun and wind, the second is to attract investors in the broadly understood electromobility, and the third - hydrogen technologies.

ZE PAK intends to invest in hydrogen, but there are also other investors who want to build solar or wind farms. In Konin, on the other hand, the construction of a factory producing parts for batteries for electric cars is underway.

"In our plan, we have to reconcile the interests of representatives of many industries, but we believe that the model of broad consultations, in which residents also participate, will help to develop the best possible strategy," argues Maciej Sytek.

EURACTIV.pl interlocutor emphasizes that abandoning coal is a huge challenge for the entire Polish economy. "This is a matter not only for miners, but for many other industries. It is very likely that in the near future, the labels in the EU will contain information about the carbon footprint of a given product or its sources. If we do not change our approach, products from Poland may turn out to be undesirable to European consumers because coal is too much energy to produce”.

The main goal of the project is to lead the region's inhabitants and employees of the mining and mining-related sectors through the process of transformation in a safe manner, as little as possible economically and socially.

"Our subregion is a laboratory on the road to climate neutrality", says Maciej Sytek. Others will benefit from the experience of Greater Poland