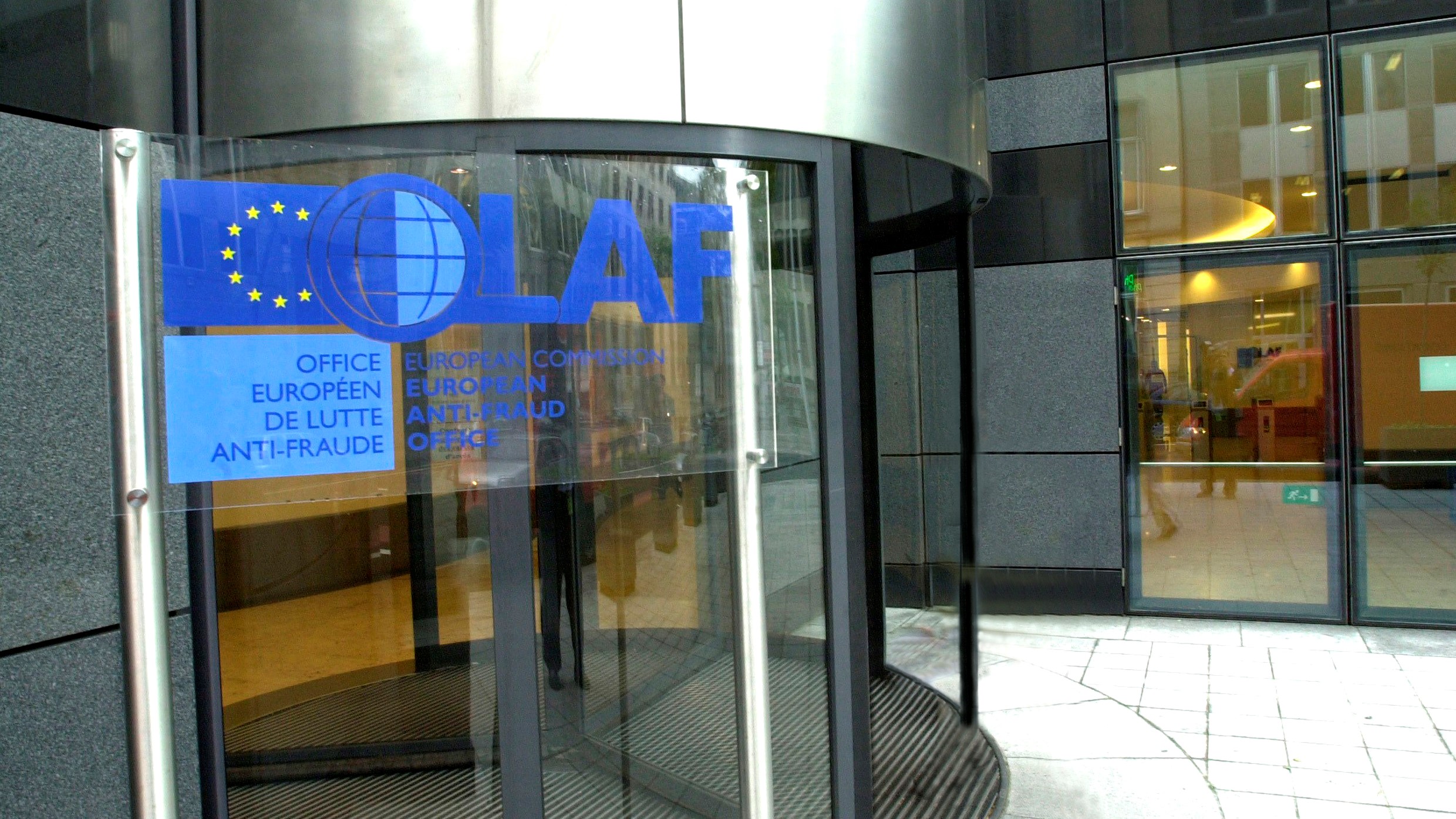 While the V4 are the main beneficiaries of EU subsidies, and the insufficient use of EU funds remains one of the most burning systemic issues the region is facing, the Visegrád Group is nowhere near unified on the issue.  The EU’s anti-fraud agency has limited leverage, as it is up to local law enforcement authorities to investigate cases where EU funds were defrauded.

The European Union lost over EUR 9 billion between 2002 and 2017 as a consequence of fraud, and members states often remain inactive when it comes to efforts pre-empting and uncovering these corruption cases – reveals the European Court of Auditors’ report published in early 2019. This effect is especially large in the V4 countries, where general corruption risks are high. Taking a look at Visegrad’s most significant systemic corruption issues, we can compile a rather concerning list of individual cases: public procurements won by a company formerly owned by Viktor Orbán’s son-in-law, the Italian mafia’s alleged links to Slovak farm subsidies or funds distributed to a hotel complex linked to Andrej Babis’ company. The common denominator in all three is that they involved significant EU funds. Therefore, it is hardly surprising that the European Anti-Fraud Office (OLAF) has been quite busy in the last couple of years in identifying and examining these issues. According to the latest OLAF report, the most out of the 197 cases closed by the anti-fraud agency in 2018 took place in Romania, which was followed by Hungary and Poland with eight cases each. OLAF ended up sending recommendations for judicial action to Romania in eight cases and to Hungary and Poland in seven cases each.

Weak law enforcement is the Achilles-heel

One of the main vulnerabilities of the V4 stems from the weak and inefficient law enforcement practices; the proportion of investigations concluded in cases that OLAF found problematic is very low. No more than 22-33% of OLAF recommendations to the Czech Republic, Hungary and Slovakia resulted in indictments in 2016, and the most sensitive cases were closed without further investigation. Although the OLAF report contained “convincing evidence” of the serious irregularities committed by the company of Viktor Orbán’s son-in-law, Hungarian authorities ceased the investigation into Elios Innovatív Ltd. due to “a lack of criminal activity”. The case still has not been disclosed by Viktor Orbán’s government. “The Achilles-heel of Hungarian anti-corruption and judicial efforts is the Prosecutor’s Office because the authority tasked with indictments is blocking investigations into such cases and obstructing making the perpetrators accountable” – said József Péter Martin, research director of Transparency International UK and senior lecturer at Corvinus University of Budapest, who believes that there have only been very few occasions when the Prosecutor’s Office indicted someone with ties to the government.

There are similar patterns in Slovakia, where despite the relative high number of issues with managing EU funds, only a small portion is classified as fraudulent and only a few people were sentenced for irregularities concerning public procurement tenders, writes the Nadácia Zastavme korupciu (Stop Corruption Foundation). Since Jan Kuciak and his fiancée Martina Kušnírová were murdered, one of the most hotly debated cases of the fraudulent use of EU funds are cases involving direct agricultural payments. The scale and systematic nature of these irregularities have been brought to light by the articles of the murdered journalist and the issues were subsequently expanded upon by other journalists and opposition politicians after his death. No significant wrongdoing has been admitted by the Ministry of Agriculture, which administers the funds.

While the Hungarian Prosecutor-General Péter Polt says that “52% of cases led to an indictment, which is much better than the EU average” and claims that “the cooperation with OLAF is especially good,” the Hungarian government often delegitimized the reports of the anti-corruption body as a politically biased “campaign report.” Czech Prime Minister Andrej Babis took a similar approach, accusing the European Commission of trying to "destabilize” the Czech Republic after facing the largest anti-corruption demonstrations in the country since the fall of the communism. Brussels’ auditors had started to investigate Babis’s former company, Agrofert on the suspicion that, with help from ANO politicians, the Czech PM circumvented the rules for obtaining European subsidies. In contrast to the Czech Republic, however, the issue has no mobilizational power in Hungary, there are no mass protests against corruption, which is partly the consequence of strong political apathy and partly that of society’s value orientation, which is rather permissive towards systemic corruption.

While the V4 countries are among the 11 main beneficiaries of EU subsidies, with Poland and Hungary leading the pack, EU-fund related public procurements have played a key role in public investments in the region. In the period between 2014 and 2020, the European Structural and Investment Funds financed more than 90% of the total public investment in Slovakia, which is the highest proportion across Europe. In the smallest V4 country, the situation is improving slowly. “I have been pushing to cut the duration of EU funds related public procurement processes to 45 days,” Miroslav Hlivák, the chief of the Slovak Office for Public Procurement (ÚVO) says. While in the past the Office was even blacklisted and could not evaluate EU funds related public procurements alone, the situation has changed and ÚVO will be the national authority with the sole competence to control these tenders in next EU financial cycle.

The numbers were similarly high in Hungary, where approximately 60 % of public investments have been co-funded by the EU. EU subsidies account for 4-5% of the Hungarian GDP every year. József Péter Martin thinks the Hungarian economy would grow really slowly without them, and public investments would be much lower as well. Without these funds, real wages would not have grown either in the past few years. The scale of EU funds’ embezzlement can only be estimated: TI Hungary estimates that EU projects are overpriced by 25-30% on average, so the corruption rent is over HUF 1000 billion (~EUR 3.1 billion) over an EU financial cycle. The Elios scandal involving Orbán’s son-in-law is only the tip of the iceberg: in a case uncovered by TI Hungary, the Hungarian Healthcare Services Centre – in the frames of a partly EU-funded project – bought healthcare equipment from a Slovakian company for EUR 1.7 million, five times the market price.

The main winners in this model are entrepreneurs and oligarchs with ties to the government. Lőrinc Mészáros’ enrichment is an extraordinary case from all viewpoints, as he turned from a run-of-the-mill plumber into the richest Hungarian, and now owns more than 220 companies. His companies won 10% of all public procurements in 2017, and 80% of these involved EU funds. Such monopolization of the redistribution of resources is unprecedented in the EU and the OECD – said Jozsef Peter Martin.

According to the analysis of the Central Anticorruption Bureau (CBA) – published in 2013 – the inflow of European funds increases the risk of corruption in Poland as well. It is mainly about irregularities in the organization of state auctions for the implementation of large infrastructural investments, computerization and energy. Many of them are implemented in Poland with a large contribution from European funds and their costs are counted in tens, and even hundreds of millions zlotys. CBA also points to the threat of corruption in defense related contracts, but these are less frequently financed from EU subsidies. Speaking of public procurements, about 120 billion zlotz is spent in a very strict manner, regulated by the “Public Procurement Law” and rigorous requirements for the publication and announcement of public tenders. But the remaining 80 billion zloty are spent by public entities disregarding the law, which is legal if these tenders meet certain conditions (e.g. their value does not exceed several dozen thousands of zlotys). In Poland, the latter are the most exposed to irregularities. Moreover, Poland has the highest rate of the so-called single-applicant tenders in the EU: according to Digiwhist, only one entity submits an application to 46% of tenders. OLAF estimates that 19-23% of Polish public procurements might be vulnerable to corruption. Two of the recent examples of potential corruption regarding public procurements was unveiled by CBA, which concerned the Poczta Polska (Polish state postal service), worth PLN 30 million, and the Appellate Court in Wroclaw, worth PLN 2 million.

Speaking of the general structure of corruption, the region is far from being homogenous. According to Czech analyst Marek Zelenka, one of the most important contributing factors is underfunded and therefore lowly-qualified public officials, who are easily manipulated and succumb to pressure from private businesses. While in Hungary corruption can mainly be described as centralized due the fact that Hungary is the most centralized country in the EU both politically and economically. “This is called political or reverse state capture: it is not already rich oligarchs who take over control of the state, as Babis did in the Czech Republic, but an informal circle consisting of politicians, oligarchs and éminences grises and where the prime minister himself is in mostly the one making the final decisions” – emphasized József Péter Martin. This also materializes in a change of elites in Hungary, since the enrichment of the privileged strata is ensured by being seated in public administration posts.

In Slovakia, there are many symptomatic cases of serious corruption; the most high-profile is the so-called “Gorilla scandal” from 2011. The recordings on which the Gorilla file is based were found in the safe of the controversial businessman Marián Kočner, who is now charged with ordering the murder of journalist Ján Kuciak and is currently awaiting trial in jail. According to Grigorij Meseznikov, the chairman of the Institute of Public Affairs, the elements of Slovak “state capture” are boosted the by practice of “selective justice,” which is a result of ill-linkages between party politics, business circles and inefficient and corrupt law enforcement institutions.

Despite the fact that Warsaw has the best ranking among the V4 countries according to Transparency International’s Corruption Perception Index, the situation in Poland is far from being satisfactory. While corruption was not even mentioned in the last European Semester, this year the European Commission highlighted the fact that financial supervision was shaken last November by allegations of corruption leading to the abrupt resignation of the head of the Financial Supervisory Authority. Furthermore, according to Grzegorz Markowski from Batory Foundation, one of the weakest point of the Polish system is the so-called “proto-corruption,” as PiS is systematically weakening the autonomy of the courts and spoiling state institutions.

A hard nut to crack

While it would be quite unfair to expect the EU to solve corruption problems in its member states on its own, it could definitely do more. This is confirmed by the European Court of Auditors as well, which has called for extensive OLAF reform, saying in January that the EU’s anti-fraud body has “inherent weaknesses.” As a response, the European Parliament has adopted a reform to enhance OLAF’s cooperation with the newly created European Public Prosecutor's Office, regulating the exchange of information between the two and ensuring the complementarity of action and non-duplication of survey work. Yet, the concept has structural vulnerabilities, as – in contrast to Slovakia and the Czech Republic –, Hungary and Poland are not members of the European Prosecutor’s Office; both countries refused to join on the grounds that it would constitute a loss of sovereignty. In any case, they cannot be “forced” to join either because it is an enhanced cooperation initiative, which is not obligatory for member states to join – emphasized József Peter Martin. Although the EP recently accepted a rule of law/anti-corruption conditionality that would make the regulation on EU payments more stringent in case EU funds are in danger of being defrauded, the final decision will be made by the Council. Besides new ideas, it is also time to enforce currently existing regulations, such as Article 142 of the Common Provisions Regulation, which allows the suspension of payments in case of systematic violations to the rule of law.