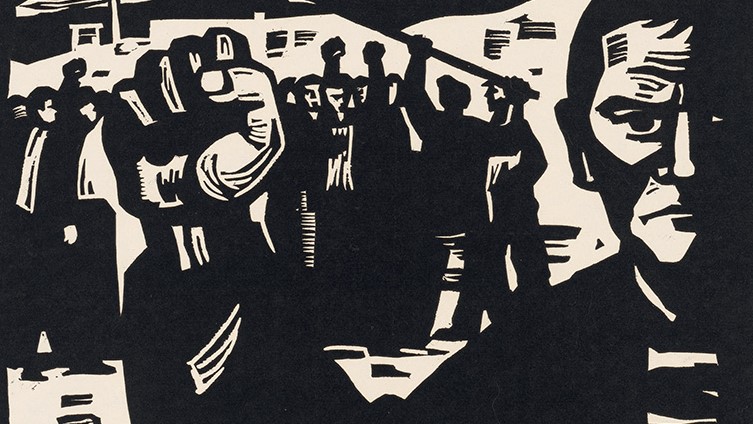 From poster boys to the bottom of the league

Although the Visegrad Group’s members are celebrating the 30th anniversary of the collapse of communist dictatorships this year, multilevel EU procedures are ongoing against Hungary and Poland for rule of law deficiencies. According to the assessment of global democracy indexes, the quality of democratic governance fell considerably in the most eminent students of the democratic transition, while political and civil rights have also been restricted.

The Hungarian government is at the forefront of implementing transformative measures, having approved seven constitutional amendment packages. The cabinet further restricted the manoeuvring space for civil society, it recently curbed the independence of the Hungarian Academy of Sciences (MTA) and set up a new administrative court system to start operating in 2020 under the oversight of the minister of justice. Thus, the European Parliament (EP) has approved six condemning resolutions on Hungary since Prime Minister Orbán led his Fidesz party to power in 2010, an unusually high number. In Poland, the ruling Law and Justice (PiS) essentially subjugated the entire spectrum of the judicial branch to the executive with the complete transformation of the judicial system. Although Warsaw has recently backtracked when it decided to respect the European Court of Justice’s (ECJ) decision, it does not want to give up on the long-term transformation of the entire judicial system – therefore, the Commission confirmed that it has no intention to either withdraw the article 7 procedure or its complaints to the ECJ.

The European Union reacted to these processes with varying speeds and on different levels, partly due to the fact that while Orbán has been protected so far by the strongest caucus in the European Parliament (The European People’s Party), Jaroslaw Kaczynski’s PiS did not enjoy such protective shield. It was the European Commission (EC) that launched the article 7 procedure – which could end in the suspension of a member state’s voting rights in the Council – against Warsaw, while the European Parliament was the one initiating this step against Budapest. However, the chances for any sanctions are extremely slim due to the mutual Hungarian-Polish veto. Although the Polish opposition endorses the article 7 procedure, it does not support imposing sanctions against the Polish government. As dr. Renata Mieńkowska-Norkiene, a political scientist at the Institute of Political Sciences at the University of Warsaw, explained: the opposition “cannot show too much support for the Commission’s actions, since Polish people are easily influenced by the narrative that ‘someone from the outside interferes in their affairs’.”

The Slovak Parliament is supporting Poland and Hungary externally. The Parliament in Bratislava has recently passed a non-binding resolution, an initiative of the junior coalition partner Slovak National Party (SNS).  The text, although mild in its actual wording, is widely considered supportive of Poland and Hungary, saying that the “Article 7 proceeding is a solution of last resort, when all the other accessible options are exhausted.” The leader of SNS and Parliamentary Speaker Andrej Danko said the aim was to adopt a resolution that will “help our neighbours.” The Czech government took a much softer stance on this issue. Deputy Minister of Foreign Affairs for European Affairs Aleš Chmelař said that they trust the Commission’s ability to discuss the topic with Poland and the dialogue should continue, but they hope that it will not end with an actual voting in the Council. “To begin with, nobody is even expecting meaningful progress under the Romanian Council presidency, the most that can happen is a first formal hearing for Hungary” – said Zoltán Gyévai, the editor-in-chief of the news portal Bruxinfo, to Political Capital.

The Hungarian government sees its non-mainstream immigration policies and anti-quota stance behind all rule of law related criticism against Hungary: in the last 3 years it has been claiming that George Soros, who “wants to flood Europe with illegal immigrants,” is the one pulling the strings in the European Commission. Fidesz government has just launched a new billboard campaign targeting Soros and Jean-Claude Juncker at the same time. According to Zuzana Stuchlíková from Prague-based think-tank EUROPEUM, the „evil Brussels” often serves as a scapegoat in the Czech Republic as well.

Even though neither Slovakia nor the Czech Republic are under disciplinary proceedings in the EU, local experts have raised concerns about recent developments in both countries. In the wake of Jan Kuciak´s murder, the narrative of Soros as an external enemy has also arisen in Slovakia: it resurfaced strongly as a government pushback against the massive protests “For a Decent Slovakia” that have been the biggest ones since 1989. When PM Fico framed it as being organized “from abroad” and he directly hinted at George Soros’s involvement, who had supposedly been coordinating with President Andrej Kiska, a supporter of the protests. Since then, the Soros narrative is more of a domain for the alternative and conspiracy media scene, which is relevant to a large part of the population.

Capturing the media at different speeds

Moreover, there is growing appetite for regulating media and even the internet: the recently proposed “right of reply” is supposed to offer protection against what ex-PM Robert Fico called “terror and media lynching”. According to this, politicians should be given the right to react to factual statements that they feel “interferes with their dignity or privacy,” and the media outlet in question would be obliged to publish it or face fines. Meanwhile the Czech Republic is unique in a sense that Prime Minister Andrej Babiš may exert considerable influence on the local media through his own empire including a publishing house and the largest radio station in the country. Politicians from the ruling PiS party also announced other bills that were understood as an attempt to silence the voices that were critical of the government, but so far only they could only amend the law on public media significantly. According to Marius Dragomir, Director of the Center for Media, Data and Society, Hungary became a classic example of media-capture where the government - in cooperation with its own oligarchs - turned most of the independent media outlets into propaganda instruments becoming essentially political tools with public funds.

New mechanisms on the table

Speaking of traditional legal tools, the Commission has started multiple infringements procedures against the Hungarian government’s policies, most recently against the Lex-CEU, but the efficiency of these is highly questionable. By the time these procedures are closed, PM Orbán makes symbolic concessions, as he did on forced early judicial retirements, but by then he skilfully transforms the system. In contrast, in the Polish Supreme Court’s case, the Commission – with the help of the European Court of Justice – succeeded in stopping Warsaw’s efforts to reorganise the court. “In these cases, the Commission must consistently force member states to adhere to the Union’s fundamental values, and it should not be content with symbolic results” – said political scientist Dániel Hegedűs, the US-based German Marshall Fund’s researcher to Political Capital.

With time, new tools will make it onto the agenda as well: the European Parliament has recently approved the creation of a mechanism binding the payment of EU subsidies allocated to member states in the 2021-2027 multiannual budgetary framework to compliance with the principle of the rule of law. However, the Council’s legal service says the legal basis of the proposal is inadequate, so its implementation would be illegal. “The real goal of the proposal is to allow the European Commission to punish member states on a political basis under the guise of the EU’s financial interests” – said State Under-secretary for EU Affairs Szabolcs Takács to Political Capital. The initiative is highly rejected by Fidesz presumably due to its anti-corruption nature. According to Transparency International’s Corruption Perception Index, Hungary is the 3rd most corrupt country in the EU.

Meanwhile, Polish Minister of Investments and Development Jerzy Kwieciński is quite optimistic about the fact that the final decision concerning the budget will be made by a newly elected EP and a new European Commission. Prague and Slovakia have similarly raised concerns regarding the “rule of law conditionality,” but to a different extent. The Czech government’s concern is that they do not see clearly how the new rules would coexist with the current mechanisms. According to its preliminary official position, Slovakia is “not categorically against” it, but Bratislava has voiced several legal and political reservations; for instance, they believe the proposal rather covers rule of law related issues and not budgetary ones.

Hegedűs believes it is unlikely that the formation of a blocking minority will be successful, and the Hungarian strategy is not based on this either. Instead, Budapest is trying to water down the proposal, and it might finally turn to threatening with vetoing the MFF. He says that the main priority should be the purposeful application of the current legal context, not the development of a new one. “More progressive law enforcement and interpretation would still offer serious opportunities in terms of infringement procedures launched by the Commission and the European judicial review of those” – emphasised Hegedűs.

In addition to these, Belgium and Germany are planning to introduce a new so-called peer review mechanism, which entails an interactive discourse between member states to develop the rule of law. The details of this procedure are being discussed at the time of this writing, but – as far as Hungary’s concerned – Szabolcs Takács says the idea to base the mechanism on the “expert opinion” of international human rights organisations is concerning. In any case, Gyévai says that the implementation of political conditions in the MFF can be expected in some form, although it is currently unknown how this would happen exactly and what its contents would be.

Although Germany, France, the Benelux and the Nordic countries (except Denmark) are vocal about these procedures, it has been clear since autumn 2015 that the EU’s institutional system has a very hard time coping with the parallel presence of multiple rouge states. Besides Hungary and Poland, Malta, Romania and Bulgaria are also on the European Commission’s map now. “If autocratic processes similar to the Hungarian and Polish case start elsewhere as well, it can transform the future of the integration fundamentally, for instance because it can easily lead to a multi-speed Europe where true integration is relegated to the Eurozone core, which essentially “shakes” the problematic periphery off itself” – said Hegedűs.atic periphery off itself” – said Hegedűs.