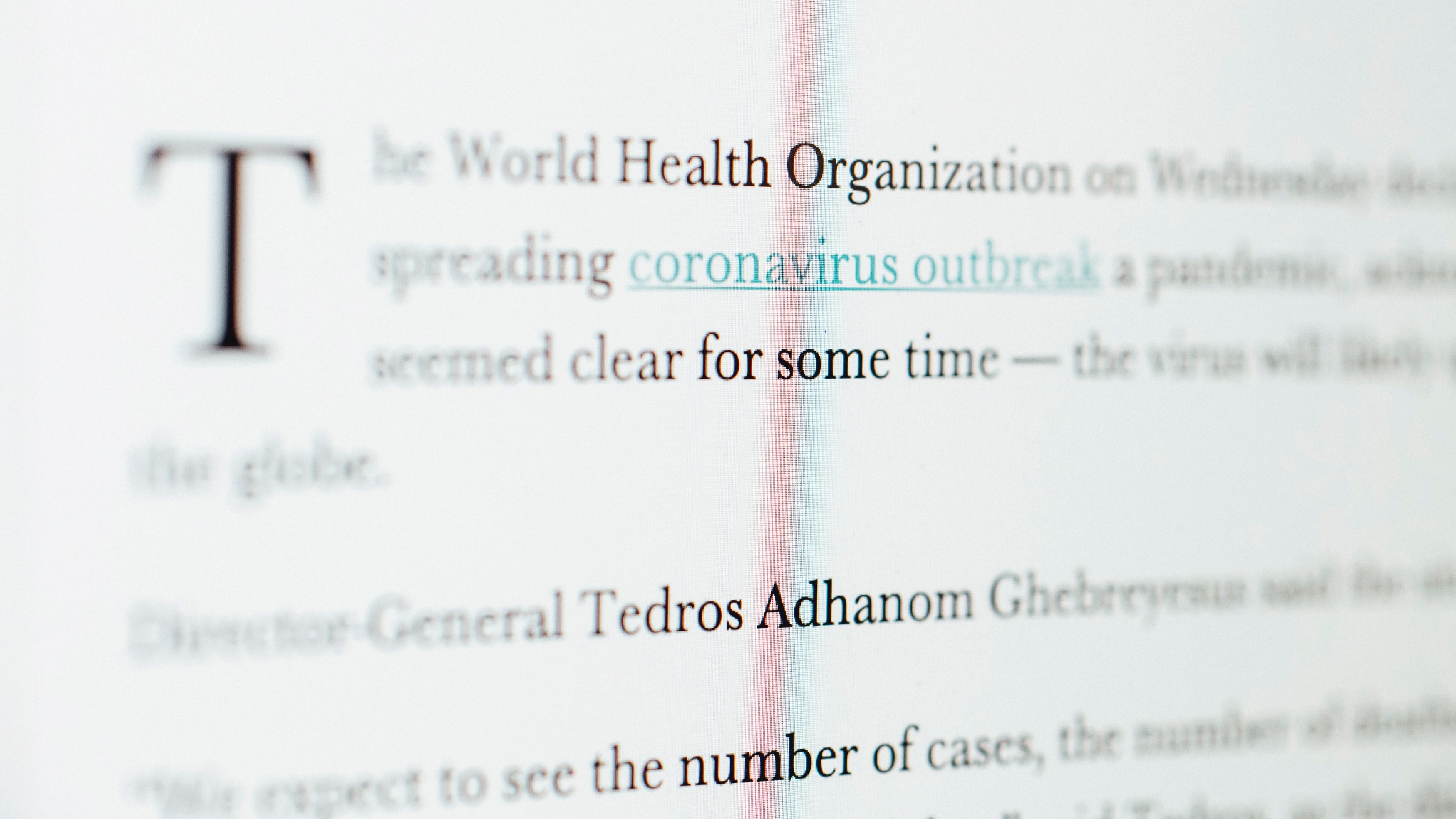 Czechia lacks strategic communication. That is why it’s losing the information war

The pandemic has exposed how important it is to effectively and quickly fight against disinformation campaigns. The Czech Republic has long underestimated this problem. Now, we can see the results.

Nowadays it is clearer than ever that if a state is not able to sufficiently tackle disinformation campaigns and fake news spreading on the internet and on social media, their impact on society and public opinion is enormous.

This is precisely what happened in the Czech Republic during the last twelve months. As coronavirus pandemic situation was getting worse, disinformation campaigns on social media were getting stronger and more frequent.

As a result, there is a plenty of disinformation about Covid-19 pandemic, vaccination or death tolls – a large part of Czech people believe that the pandemic is a lie, vaccination is just a way to control people or to kill them and death tolls statistics are fictional or at least to a large extent manipulated.

“There is no doubt about the adverse effects of disinformation, especially during the coronavirus pandemic – there are plenty of false information regarding prevention of Covid-19 or disinformation fuelling hate towards others, but there are also cybercrime and consumer fraud,” member of the Czech Parliament and its Permanent Commission for Hybrid Threats Jan Lipavský (Pirates) told EURACTIV Czech Republic.

“This in turn impacts, apart from the immediate negative effects, trust among people and towards institutions. This distrust can then be exploited by various actors, posing a challenge to democracy as a whole,” he added.

According to Dominik Presl, an expert focusing on disinformation, strategic communication and propaganda from Association for International Affairs, the impact of disinformation is obvious, however more empirical studies are needed in this field.

“Unfortunately, we lack a sufficient amount of data on this topic and we do need more scientific studies that would look into, for example, the correlation between vaccine disinformation and tendencies to reject vaccination,” he explained.

“However, around 40% of the population is likely to refuse Covid-19 vaccines, despite the vaccines being certified and tested as safe and harmless, mostly out of fear of negative side effects. Given the fact that the level of fear is completely unreasonable for the level of risk that comes from being vaccinated, I believe that this irrational behaviour is largely caused by the ´infodemic´ that the Czech Republic is facing at the moment,” he stressed.

The main question that many countries are currently asking is quite clear. What should national governments do about it, how should they fight against disinformation? Pundits such as Dominik Presl have a clear answer to this.

“The most effective way of tackling disinformation right now is an appropriate active government communication. Once we find ourselves in an already ongoing crisis, it is unfortunately already too late for preventive methods, such as resilience-building,” he warned.

“Unfortunately, there is an almost complete absence of any counter-disinformation government communication in the Czech Republic. We have not had a single communication campaign debunking disinformation or promoting vaccination and government measures, despite the government talking about launching such campaigns for months,” he reminded.

No plans, no coordination

Jan Lipavský shares this stance stressing that the Czech government lacks coordination and strategic planning in this field.

“It is difficult to point out weaknesses in a plan that is not really there in the first place so the main shortcoming of the government’s actions is their incoherence and a lack of coordination, resulting in a breakdown of trust towards the government and within the society,” the opposition MP criticized the government approach.

“The covid crisis is of course a sad example of the failure to counter disinformation about a range of issues – from justifying measures against the spread of the coronavirus to debunking myths surrounding the illness and explaining vaccination,” he added.

On the other hand, the problem has been here for years, repeatedly underestimated and overlooked by politicians. The lack of strategic communication and lack of plan for effective tackling disinformation had been missing for a long time before the pandemic occurred. Today´s situation is just a result of this long-term Czech inappropriate approach.

Experts in this field have continuously recommended to the government how it should change this ineffective approach.

“One often repeated necessary step is the centralisation of government communication. This allows for proactive steps being taken as part of a long-term strategic communication plan, but also to quickly react to disinformation campaigns or organically emerging disinformation,” Jan Lipavský thinks.

Dominik Presl from the Association for International Affairs agrees.

“The Czech government needs a specialized body that would be specifically tasked with monitoring and analysing disinformation and preparing appropriate communication responses. Those countries that do have results in dealing with the disinformation threat – such as the United Kingdom or Tai-wan – both have such institutions on a central level,” he told EURACTIV.cz, adding that he discusses this in more detail in his recent English-written policy paper.

In Presl’s opinion, the Czech government should declare the fight against disinformation as one of the top priorities to deal with in order to overcome the crisis.

“Despite some proclamations, there is very little political support for any meaningful and effective responses,” he warned.

This can be proved, for example, by recent decision of the Semantic Visions company to withdraw from a cooperation with the Czech Ministry of Health.

The Semantic Visions is a Prague and London-based analytics company focusing on deep analysis of disinformation campaigns and disinformation narratives on the internet. Since the last October, the firm formally cooperated with the Czech Ministry of Health on mapping and analysing disinformation about Covid-19. It has also provided recommendations how to tackle disinformation and how to communicate with the public.

However, the company decided to end this cooperation in February. The reason is that the ministry and also the government ignored the recommendations the Semantic Visions has provided them with.

“It is time to back off. The government ignores us so there is no point in continuing,” František Vrabel, the head of Semantic Visions, told the Hospodářské noviny during an interview (February 8th).

On top of that, František Vrabel added that his company is now negotiating a new cooperation with the US Ministry of Foreign Affairs that allegedly asked the Semantic Visions for a cooperation in this field.

Strategic communication is not political marketing

Dominik Presl, who also works as an analyst at Semantic Visions, reminded how important effective and quick strategic communications actually is.

“Strategic communication is a way of using communication as a tool to achieve strategic goals of the state or a certain institution. To give an example, if a state wants to vaccinate a population, it should use communication to convince people of the benefits of such step and disprove disinformation that might slow down the process,” he explained.

“Both the political leadership and the government apparatus of the Czech Republic, however, completely lacks any understanding of this concept,” he warned.

In his point of view, the Czech government do not understand the importance of state communication, the impact it has or that it is often the most effective tool the state has.

“On top of that, the current government is unable to differentiate between a state strategic communication, which should promote the interests of the state, and its own political marketing,” Dominik Presl added.

Czech MP Jan Lipavský also pinpointed that this lack of strategic communication was formally identified already in 2016. Despite this fact, nothing has happened since then.

“Strategic communication is the ability of the state or an entity to transmit information in a clear and consistent manner while achieving its long-term objectives. Currently, there is no such ability being demonstrated by the Czech government despite the fact that it has been identified already in 2016 by the National Security Audit as a national security weakness, with the exception of the armed forces,” he stressed.