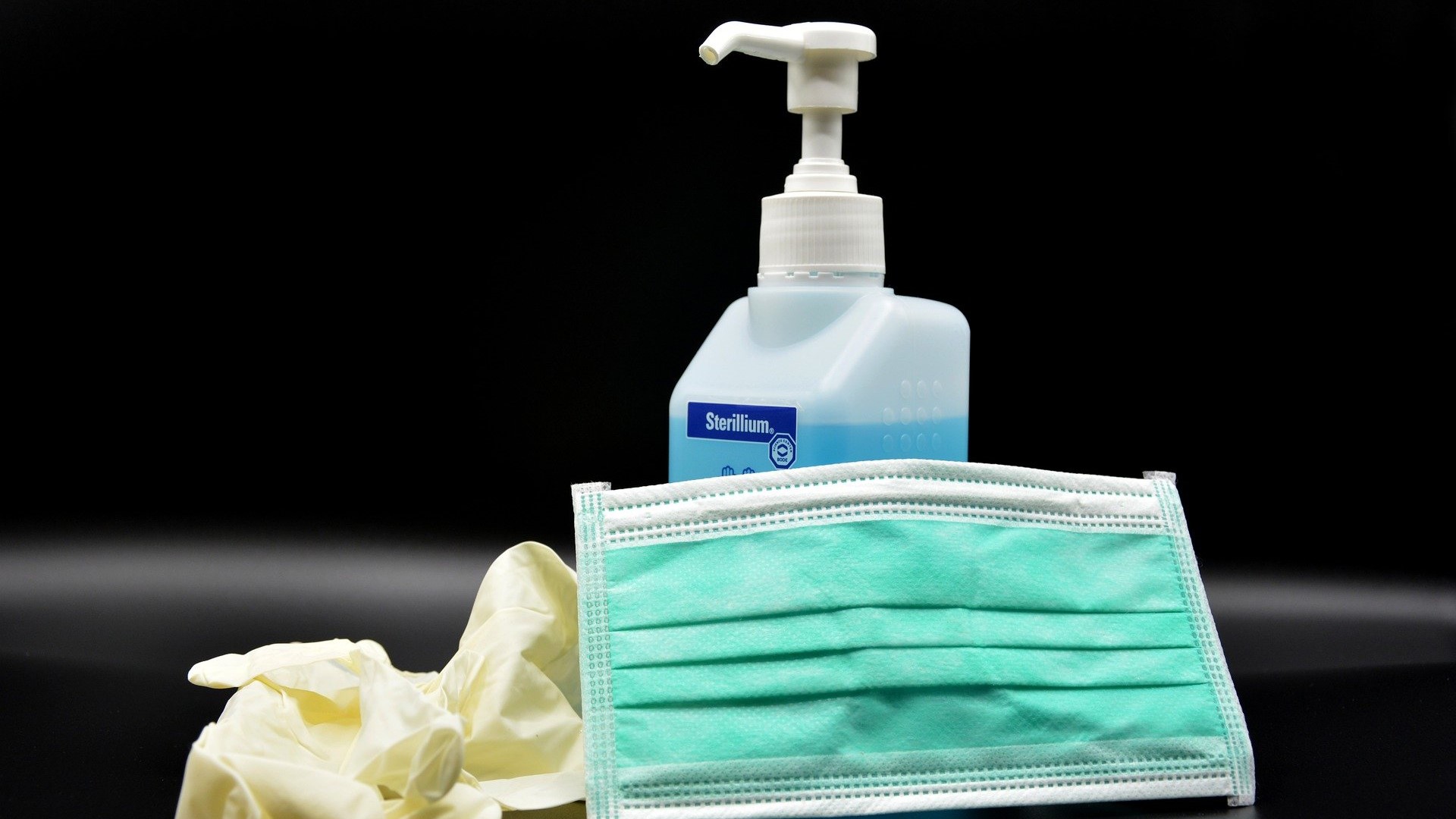 Production of medical equipment in Poland: Uphill and with variable luck

Following the outbreak of the COVID-19 pandemic, protective and medical equipment has become one of the most valuable commodities in global markets. After a few months, the needs of many EU countries are already satisfied with domestic production. In Poland, we managed to produce simpler medical masks or disinfectant liquids but importing respirators or production of more complicated masks seem to be problematic. However, there is much hope for the potential production of vaccines.

Following the outbreak of the COVID-19 pandemic, protective and medical equipment has become one of the most valuable commodities in global markets. After a few months, the needs of many EU countries are already satisfied with domestic production. In Poland, we managed to produce simpler medical masks or disinfectant liquids but importing respirators or production of more complicated masks seem to be problematic. However, there is much hope for the potential production of vaccines.

A year ago, the outbreak of the COVID-19 pandemic showed that many Member States in the European Union do not have enough medical equipment to deal with such a threat. Although scenarios of this type of situation - especially after the Asian SARS virus epidemic in 2002-2003 - have been drawn up by virologists and epidemiologists for many years, decision-makers doubted it.

Europe did not follow the footsteps of the Taiwanese authorities, which not only created a contact tracing system several years ago or trained personnel in the event of an epidemic of infections with a new pathogen, but also stocked up protective clothing and medical equipment.

Therefore, the initial phase of the pandemic in the Old Continent, and especially in the most severely hit northern Italy, led to a situation where even such basic things as masks and rubber gloves for doctors and nurses were missing.

The story of Dr. Marcello Natali from the hospital in the Lombard town of Codogno was echoed, not only in Europe. In one of the interviews, the doctor talked about how hard it is to fight COVID-19 without protective equipment. He called for its immediate delivery. Shortly thereafter, he died, contracting SARS-CoV-2 coronavirus from one of the rescued patients.

Everyone brought masks from China to Poland

At that time, there was also a lack of protective equipment in Poland, and it had to be imported from abroad, mainly from China. For the transport of masks or overalls for Polish medics, not only the government, but also companies with state-owned capital, such as fuel companies Orlen and Lotos or the metallurgical company KGHM paid for them.

These transports went to Poland by the largest transport plane in the world, specially hired for this occasion, the Ukrainian An-225 Mrija, which the Polish authorities used for their image. Prime Minister Mateusz Morawiecki solemnly welcomed Antonov at the airport in Warsaw.

Large charities, such as the The Great Orchestra of Christmas Charity (Wielka Orkiestra Świątecznej Pomocy) or Kulczyk Foundation, also helped to import the masks They chose the cheaper, but certainly less effective transport services of LOT Polish Airlines. But even despite these measures, Polish hospitals often lacked equipment.

The factory in Stalowa Wola still does not produce masks

In April 2020, the state-owned Industrial Development Agency announced the launch
of the Polish mask factory in Stalowa Wola in the Podkarpacie region. It was supposed to start as soon as possible and produce 29 million professional medical masks per month. Not only the surgical ones, but also those with FFP2 and FFP3 filters.

In June - as assured - the factory was to be almost ready, and the public TVP reported on the installation of production lines. However, the campaign before the presidential election was underway, and President Andrzej Duda, who was fighting for re-election, and who a few months earlier cut the ribbon at the opening of the production hall in Stalowa Wola, announced that this was the beginning of a whole conglomerate of factories for protective equipment for medics as part of the #PolishTextielMills (#PolskieSzwalnie) program.

It is just that - as TVN24 informed - the factory in Stalowa Wola has not started up to this day and no mask has been produced there yet. As explained by the Industrial Development Agency’s spokesman, Miłosz Marczuk, "employees have already been hired, and after testing the machines, further work is underway to start production and the necessary procedures are being implemented. But according to TVN24, the construction of the so-called clean room, which is a key part of the factory, where there are special conditions allowing for the production of fully sterile products.

There is no shortage of masks in Poland

However, Poland has no issues with mask stocks today, as projects based on private capital (although also supported by the Industrial Development Agency) did better. This was mainly because, due to anti-epidemic restrictions, some companies - for example textile companies - decided to change their industries. But not only textile industry took such a move.

In Nadarzyn next to Warsaw, the largest mask factory in Poland (and one of the largest in Europe) operates today, belonging to the Ptak Medical company, which is a daughter company of the Ptak Warsaw Expo management company, i.e., the largest fair and congress center in Central Europe. “It was lockdown that forced us to find other sources of income. Without it, we would not be able to maintain our main activity, which we are currently unable to run,” said the marketing manager of Ptak Warsaw Expo - Katarzyna Matera.

In Nadarzyn, as many as 4 million disposable medical masks daily may be produced. They go not only to hospitals and clinics, but also to many large Polish employers, such as the LIDL chain of stores, Poczta Polska, LOT Polish Airlines or Ruch SA. They are also exported to other EU countries.

Today, masks are also produced on a large scale by companies such as TW Plast in Mińsk Mazowiecki, Opharm in Pokrzywnica in Łódzkie voivodeship or Izimed in Gliwice. However, these are mostly first-, second- or third-degree surgical masks. The KN95 and FFP2 masks are only made by Opharm. The stocks of medical masks in Poland are already so large that there is no need for such production. Data from the Central Statistical Office shows that in January 2021, all companies employing at least 50 employees in Poland produced less than 5.5 million protective masks used in medicine and 13.3 million other types of masks.

The largest Polish companies launched the production of disinfectants

Easier than the problem of face masks, the shortage of disinfectants proved to be solved. Although these quickly disappeared from store shelves in Poland, many chemical and pharmaceutical companies launched their production.

Orlen and KGHM also did it on a large scale, although after the high-profile announcements of the management of the first of these companies, customers were looking for a liquid cylinder at gas stations for a long time and unsuccessfully. The first batches went straight to hospitals and other medical facilities, and only then to the usual sale.

Respirators from an arms dealer

Another scarce commodity in the times of the pandemic are ventilators to assist patients with respiratory disorders. However, they cannot be produced so easily, which is why European countries tried to bring them in as many as possible. Currently, in Polish hospitals, 2,800 such devices are intended for patients with COVID-19, although the media warns that in some cases it is only the so-called creative accounting, that is counting as "covid" equipment that is just free in other hospital wards.

However, the purchase of respirators is also associated with the loudest scandals of the COVID-19 epidemic in Poland. The Ministry of Health concluded a contract for the purchase of 1241 such devices with the E&K company, whose founder previously dealt with ... arms trade. The price that the Polish ministry agreed to pay was as much as EUR 44.5 million, which is well above the market average. The then Minister of Health, Łukasz Szumowski, explained that it was for the reason that their price increased due to the huge demand.

However, the E&K company did not fulfill the contract. It delivered only 200 devices, and last month the bailiff seized 418 more at Warsaw Chopin Airport against claims from the Ministry of Health. The company of the "arms dealer" also returned several million euros in advance. This case, as well as the purchase for PLN 5 million (almost EUR 1.1 million) of masks from a friend of a skiing instructor who had not dealt with such a business before, or whether minister Szumowski's doubtful connections with his brother's biotechnology company ultimately resulted in his leave from the ministry in August last year.

However, the issue of coronavirus vaccines is currently the most talked about in the EU. And these are missing in almost every member state. While the two companies that developed mRNA-based vaccines (Pfizer / BioNTech and Moderna) had only temporary difficulties in delivering, the British-Swedish AstraZeneca will close only 1/3 of the promised deliveries in the first quarter of 2021.

There are also doubts as to the timely deliveries of Johnson & Johnson, so some member states started looking for alternative sources of supply in Russia or China. Poland also admitted to conducting preliminary talks with Beijing, but also wants to produce coronavirus vaccines on its own territory.

In this case, we are talking about being the so-called a subunit preparation of the American company Novavax. It is not yet approved for use in the EU, but after the recent completion of Phase 3 clinical trials, the manufacturer announced that it achieved an effectiveness of 96.5 percent. One of the producers of this vaccine in Europe is to be the Polish company Mabion. The transfer of technology for the production of this vaccine at the plant in Konstantynów Łódzki is to be completed by the end of June. The Polish Development Fund co-financed this project with PLN 40 million (over EUR 8.7 million).

The production of the Novavax vaccine in Poland is to begin after the preparation is approved for use in the EU by the European Medicines Agency (EMA) and the European Commission. Brussels is already negotiating with an American company to include this vaccine in the EU's joint purchasing system. As a result, vaccines produced in Poland could be administered throughout the EU.