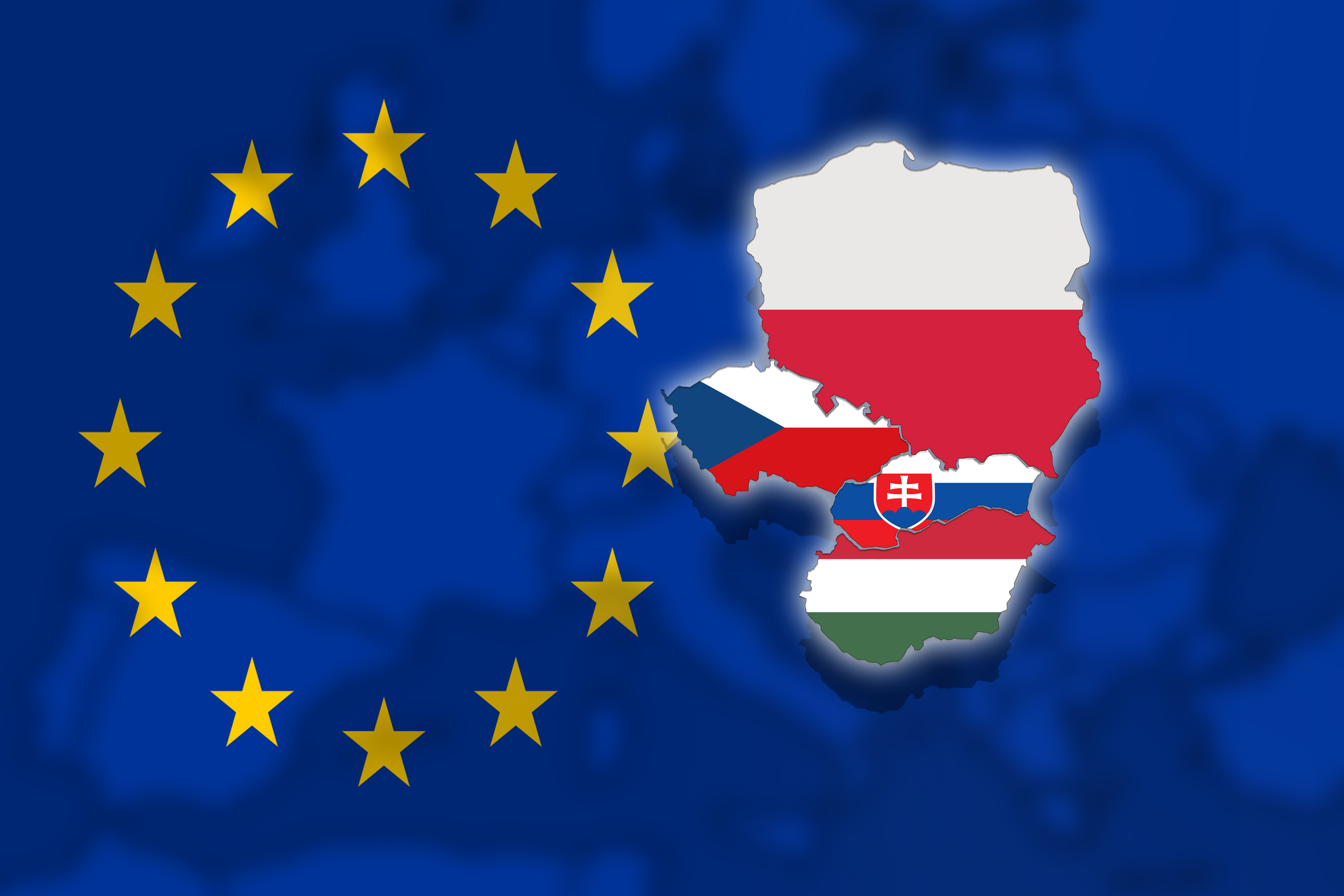 Kai-Olaf Lang: Germans are used to V4’s strong "no" from time to time

The Visegrad Group is one of the best functioning groups within the European Union. Berlin recognizes this but at the same time it protects the EU's unity. In many areas, Germany and V4 are much closer to each other today than Germany and France – Dr. Kai-Olaf Lang, a political scientist and expert in Central and Eastern Europe at the Berlin Science and Politics Foundation (Stiftung Wissenschaft und Politik) told EURACTIV.pl.

The Visegrad Group is one of the best functioning groups within the European Union. Berlin recognizes this but at the same time it protects the EU's unity. In many areas, Germany and V4 are much closer to each other today than Germany and France – Dr. Kai-Olaf Lang, a political scientist and expert in Central and Eastern Europe at the Berlin Science and Politics Foundation (Stiftung Wissenschaft und Politik) told EURACTIV.pl.

By Michał Strzałkowski; Translated from German into English by Kacper Ochman

Michał Strzałkowski, EURACTIV.pl: What is the place of the Visegrad region in Germany's foreign policy?  Berlin strongly supported European integration of the four countries in the 1990s. But today they belong to the EU and often view things differently than Berlin.

Kai-Olaf Lang: From the beginning of the post-1989 transformation, Germans have been keen to make sure that Central and Eastern Europe, i.e. the direct neighbourhood of the united Germany, was a stable, predictable, and prosperous region anchored in Western structures. Therefore, it was not a surprise that Germany became the driving force for the accession of the Visegrad countries to the European Union. These four countries were and still are in a sense the heart of EU enlargement towards the East.

Membership of the Visegrad countries in the Union (and in NATO) also means that Germany is not only geographically but also politically in the centre of Europe. Germans, of course, had to get used to the fact that these countries could also tell them a decisive "No", which we have already witnessed from the moment of their joining the EU. One can recall, for example, the approach to the second war in Iraq, disputes over the policy pursued by Russia or the controversy over the reform of EU treaties and the introduction of the method of double-majority voting. In recent years, the assertiveness of the Central European countries has increased, which led to the situation when we had to deal with a standard crisis of mutual expectations. Nevertheless, Germany as the driving force of Europe wants the four countries not to be marginalized. Berlin has not advocated enlargement of the EU to create new divisions.

Since the last EU summit, Visegrad Group has argued that in the context of migration the EU is starting to speak about migration in the same way as the V4 two years ago. Will you agree with this opinion?

We are certainly dealing with a fundamental change in tone and in terms of main goals of the European migration policy. Currently, the priorities are the protection of external borders and cooperation with third countries. Moreover, the idea of enforcing the mandatory amounts of relocation of refugees is no longer popular with most member states. As to migration, the EU certainly evolved towards what the V4 countries demanded - although (at least pro forma) the language of discussing these issues is still a bit different in many countries.

And where do you think the most important common interests of Germany and the Visegrad are? One of them used to be, for example, the issue of maintaining a low public finance deficit in the EU. And today?

The issue of maintaining the unity of the European Union in the EU-27 format is today one of the most important common interests. Although Germany accepts the necessity of some improvement of the monetary union and recognizes that sometimes a project should be initiated without the participation of all Member States, Berlin is rather self-controlled in this regard. It is clear how difficult it is to find a common denominator between France and Germany when it comes to the future of the Euro area. It can also be observed in recent years that for France the concepts of a "two- or more-speed Europe" or some "transformation" of the Union are interesting as a way to boost European integration. Meanwhile, Germany sees such actions as a lesser evil and, in fact, prefers consolidation of the Union as a whole. An invisible example is the fate of the defence project PESCO. Germany wanted it to be "inclusive", - which eventually happened. France responded with a new military project of the European Intervention Initiative, which results from a completely different philosophy, accentuating cooperation only in a narrow circle.

In terms of securing the unity and cohesion of the Union, strengthening of the common market is the main topic for Germany. Although there are some differences (e.g. directive on posted workers), it seems that due to many interests of the economic structures constructed in this way, Germany and the V4 countries have a common approach.

Let's not forget about EU’s neighbourhood either. It is true that in general V4 countries are in favour of a more open policy towards the Western Balkans or Eastern partners than Germany who does not want to hear about further enlargements. But Germany and V4 have a common interest in ensuring that the EU does not forget about these countries.

Some V4 states are gradually loosening their fiscal policy, starting to devote more money to social policy. Poland is launching large social programs, such as the 500+, while the Czech Prime Minister promises to increase in pensions and wages in the public sector. Could this be a problem for Berlin when it comes to promoting sustainable public finance policy at the EU forum?

In my opinion, we do not observe the retreat of the Visegrad countries from a financial and fiscal policy which privileges the discipline of the budget over loose policy of spending. But it is true that the current Polish government emphasizes the social dimension, which is associated with certain costs. However, Poland did not quite agree with the German approach to the financial crisis at the time of the Civic Platform government. The next period of recession will be the real test, if it happens at the moment when the public budgets will be in their current state. It will show, whether the government can match the policy to social expectations, which of course cannot be ruled out. On the other hand, in other Visegrad countries, I do not see this change at all - the Czech Republic, Slovakia and Hungary are still pursuing a strict fiscal policy and are at least as consistent as Germany, if not even more consistent. So, in this respect they will continue to be Germany's allies and will not become the countries of the "southern finance"

Today, the Visegrad Group is a more important trading partner for Germany than China, as shown by the amount of trade between countries. How does it affect relations in the region?

Indeed, trade but also other economic contacts between Germany and the Visegrad countries are very intense. Strong ties stabilize cooperation between Germany and the countries of the region, which have recently been partially strained in the political field. As a consequence, in many important European matters, interests are similar, as we see, for example, in connection with US-European trade disputes. You could say that Germany and V4 are closer than Germany and France. However, we should look to the future. For example, digitalization has a huge impact especially on economies that are highly industrialized, just like the economies of Germany and the Visegrad countries. What will happen if the jobs in the industry disappear? How will investors (e.g. German) behave in these countries? It is more important than ever to look at these challenges and their political significance.

The countries of the Visegrad Group have recently been brought closer to each other by opposition to the current EU migration policy. In the past, they were more often divided than united, one example being the relations with Russia. How does the cohesion of the Visegrad Group look from the perspective of Berlin?

It is known that the Visegrad Group is not a monolith. Eastern policy, relations with Russia, perception of threats or attitude to Germany differ between these four countries. To put in a more abstract way, history and geography are the strongest ties between these four countries, but at the same time history and geography divide them. As a result, we have changing constellations: there is not always V4, but also V2 plus 2 or V4 minus. On the other hand, despite these differences, the Visegrad Group is, as a matter of fact, one of the best functioning groups in the EU. In many cases, it accepts its position and in some cases it is a factor to be reckoned with.

Do you expect that when the EU finally establishes clear rules on asylum policy, Visegrad cooperation may again weaken?

It is obvious that the migration policy was and is a strong bond for the Visegrad Group. I assume that for now there will be no new assumptions of migration policy, but there will be some imperfect compromise. The topic of migration will, for a long time, be high on the European agenda. But until there is another strong wave of migration (which cannot be ruled out), this issue will not be as emotional as in recent years. And, of course, it will not contribute so much to bringing the Visegrad Group countries closer together. But that does not mean that the V4 will be loosened. Because there is a number of issues that still connect countries, such as the discussion about the future of the European Union, a critical attitude towards the European Commission or the continuation of the four freedoms.

Negotiations on the EU budget for 2021-2027 begin. The states of the Visegrad Group do not like the cuts in cohesion policy (of which they are big beneficiaries) and the transfer of some of the European funds to the countries of the South of the EU. How does Berlin approach these ideas?

Berlin is in an ambiguous situation. On one hand, as a net payer to the EU budget, it wants to reduce its payments especially due to the effects of Brexit. On the other hand, Germany has a responsibility towards the entire EU, so it will not have such a tough stance towards the Multiannual Financial Framework as the Netherlands. On the other hand, Germany is interested in limiting additional payments to the common budget and a slight modification of cohesion policy. For example, towards projects concerning the integration of refugees being financed by the regional policy. This would also involve a reorientation of funds. But in total, this effect will probably be limited.

There is much talk now about reforms in the Euro area. Although Germany is still opposed to the creation of a separate budget for the Euro area, it is beginning to slowly communicate with France on this matter. Only Slovakia belongs to the Eurozone from the V4 countries. Could this cause a discrepancy between Germany and the V4 countries during negotiations on the EU's multiannual budget?

It depends on exactly how the eurozone budget should look like, how high it should be and what specific sources of income it should have and how much it will be to the detriment of the overall budget. It The main axes of the dispute appear first of all within the Eurozone itself –between EU’s northern countries on the one hand and France and the southern countries on the other hand.