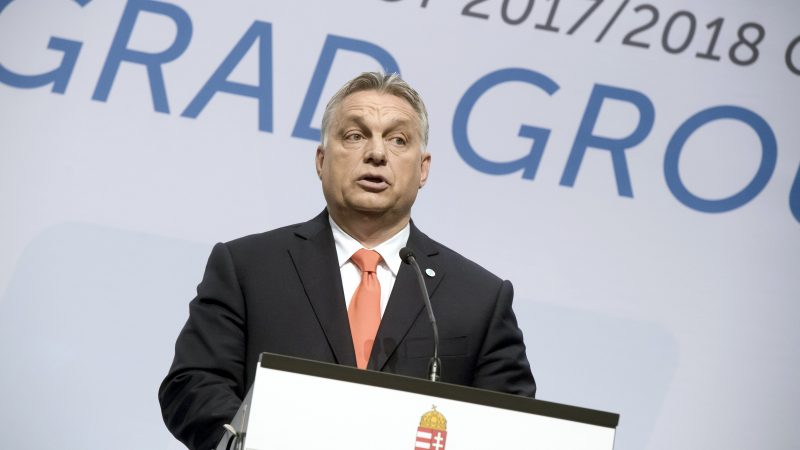 Hennadiy Maksak is a Chairman of the Board at the Foreign Policy Council “Ukrainian Prism”.

The start of active cooperation between V4 and Ukraine dates from the mid-2000s as a logical revisiting of the Group’s functions and identity after all four countries gained long-awaited membership in NATO and the EU. As stated back in 2004 in the Kromeriz Declaration, four Visegrad states committed to assist third countries in preparing themselves to become part of the European Union and NATO. Among the V4’s ambitions, there has been a development of the EU policy towards Eastern (European Neighborhood policy) and Southeastern (Enlargement process) Europe.

Against this backdrop, a V4+Ukraine format naturally emerged and helped to channel assistance in transferring Visegrad group’s experience to Eastern Europe. At first, the level of cooperation was not that intense, directions and forms of cooperation were restricted to discussions without tangible results. Areas of interaction included energy, security, and defense.

But a real practical cooperation was introduced in 2014 when Ukraine fell victim of Russian aggression. As of now, one might definitely say that the peak of result-oriented cooperation with V4 was reached in 2015-2016, both on the political level and in specific project implementation. Visegrad states were among the first to deliver joint statements in support of territorial integrity and sovereignty of Ukraine. Moreover, using the Visegrad platform they engaged Austria, the UK, Switzerland, Germany, and France in discussions and joining the support statements.

In the most dramatic times when Kyiv faced the necessity to fight Russian occupants in the East and deliver on the reforms agenda in multiple areas, four states of the group launched a joint initiative dividing and coordinating their assistance in Ukraine’s transformation process. Regular meetings in V4+Ukraine format on the ministerial level, as well as joint thematic conferences and workshops (V4 Road Show), showed Ukrainians exemplary cases in energy efficiency, decentralization, education and small and medium-sized enterprises development.

Due to the fact that energy security is one of the V4 top priorities, Ukraine managed to secure alternative supplies of natural gas with the Group’s direct support, thus, diminishing energy dependence on Russia.

Visegrad stance on European integration of Ukraine until recently has always been supportive and constructive. This particularly refers to the signing and ratifying the Association Agreement, as well as granting Kyiv visa-free regime with the EU.

Ukraine was invited to participate at V4 EU Battle Group, and Ukrainian troops were at an active standby mode at the first half of 2016. And there is a clear prospect to continue this cooperation in 2019.

Ukraine is one of the biggest International Visegrad Fund’s grant receivers beyond the V4 region. In the hardest year of 2014, the annual level of support for Ukraine reached €1.3 million. A lion’s share of Civil Servants Mobility Program has been consigned to Ukraine.

The rise of the cooperation with the Visegrad Group prompted official Kyiv to declare its desire to join V4, extending it to V5, as it was stated during the meeting of President of Ukraine Petro Poroshenko and the foreign ministers of Visegrad Group in December 2014.

With his statement President Poroshenko stressed the appreciation of the reforms undertaken in V4 states and his commitment to deliver on reforms agenda in Ukraine.

Not surprisingly V4 is several times mentioned in the National Security Strategy adopted in 2015. Achieving the level of the CEE social standards has been set as a benchmark in reaching appropriate economic security.

But dynamics of cooperation in the V4+Ukraine format lost its pace significantly in 2016-2017, all the more when it comes to political level. From one hand, it might be explained by the shift of the V4 focus to the internal issues such as a search for a common response to the EU migration crisis or the group division over the assessment of Russia’s assertive foreign policy. On the other hand, the explanation may lay in Kyiv’s incomplete understanding of how the V4 acts and what are cooperation mechanisms and partners potential. Sometimes voices are heard that Kyiv focuses on the relations with strong international players such as the USA, Canada, Germany, the UK, and France, which have more resources to pour in Ukraine and a bigger say in global affairs.

All these reasons may to some extent justify a current state of play and mood in five national capitals. One, at the same time, shouldn’t exclude the bilateral track in a multilateral frame. The tempo of cooperation heavily depends on the presiding country as well, despite the fact that all decisions in the Visegrad Group are made by consensus. A member-state at the helm of the Group for a one year period is in charge of drafting the agenda of the presidency. Bitter experience shows that if a V4 member is at odds with Ukraine on some particular bilateral issues, it might reduce the interaction level within the V4+Ukraine format to the minimum. It proved to be the case during the last Hungarian presidency which ended in June 2018.

This presidency coincided with the parliamentary electoral campaign in Hungary and harsh Hungarian-Ukrainian dispute of the language modalities presented in the new Ukrainian Law on Education. Ukrainian diplomats admit that Budapest has ignored numerous Ukrainian proposals on the practical arrangement of various events in the V4+Ukraine format, reducing it to the general discussions at a wider group of V4+EaP. Although rare traditional forms have been preserved, for instance, the Chief of General Staff meeting, many other interesting initiatives have not fit into Hungarian mold. Such approach is very unproductive and disappointing as Hungary was among the pioneers in introducing the V4+Ukraine cooperation format.

Slight optimism for the Slovak presidency in the Visegrad Group

That is why Ukraine sees the recently started Slovak presidency in the Visegrad Group through more promising lenses. Firstly, as expert surveys show, Bratislava is more optimistic in perceptions of V4 as an influential player in the EU. Secondly, the Slovak Republic has earlier proposed some more advanced forms of political and sectoral cooperation in V4+Ukraine format. Thirdly, in relations with Ukraine, Slovaks focus on the issues of security sector reform, defense, energy security and energy efficiency which pose great interest for Ukraine as well.

Since July 2014 till June 2015 under the previous Slovak presidency, Bratislava managed to strengthen the V4+Ukraine format and put a strong focus on security. Political dialogue had been kept on the high level and the presidency priorities echoed with Ukrainian vital needs (energy security, common V4 foreign and security policy, defense cooperation, transport, etc.).

During the high-level V4+Germany+Ukraine summit held in Bratislava, the parties agreed to establish the regular foreign and defense ministers’ meeting of Visegrad states and Ukraine.

No need to reiterate that due to the efforts of the Slovak Republic and Hungary in 2014-2015 Ukraine could stand up to the Russian pressure in the energy domain. As a result, in November 2017, Kyiv was in a position to discard the purchase of natural gas from Russia.

More importantly, on the expert level, Slovak think tanks have already launched preliminary consultations with Ukrainian counterparts on the presidency priorities and agenda. That makes the big difference in comparison with Hungarian counterparts.

A quick glance at a fresh program of the Slovak presidency gives a very positive impression and definitely more room for V4+Ukraine. Being perfectly aware of the consensus approach in four countries affairs, still, it might be already considered as a step forward in relations between V4 and Ukraine.

Good news is that Bratislava is planning to revive V4 Road Show format, the initiative to hold four sectoral roundtables devoted to specific reforms development in Ukraine. Although not everything was ideal with V4 Road Show back in 2014-2015 when this initiative was launched, it presents a very good opportunity to step up a dialogue.

It is important to mention a crucial role of V4 countries in the Eastern Partnership policy promotion and development. While Poland was one of the EaP founding states, the first inaugural summit was held in the Czech Republic in 2009. Visegrad group has actively supported partner countries and elaborated a specific format V4+EaP. This format proved to be effective in terms of political manifestation, especially in the run-up to the EaP Summits. In 2012 within the IVF portfolio, the grant program was launched to enhance cultural and social outreach in the Eastern Partnership region (V4EaP).

Bearing in mind that enlargement and neighborhood policies are among the priorities of Visegrad Group, every presidency holds a meeting in the V4+EaP format. The last one took place in Budapest in August, 2017.

The results of the EaP Summit in Brussels in November 2017 demonstrate great attention European intuitions devote to four priorities of the Eastern Partnership, where 20 deliveries are envisaged to be reached by six partner countries till 2020. This means that every new presidency might choose one of the four priorities while preparing the meeting in this multilateral V4+EaP format. By doing so, it might be possible to intensify the effectiveness of the meeting on the level of different ministries, not only MFAs or MoDs. Moreover, the cooperation would sharpen the focus on the positive experience transfer from V4 to all six partner countries.

In addition to the general format, which comprises all six partners from Eastern Europe and South Caucasus, one might consider it more beneficial to establish new formats V4+AA3 (Georgia, Moldova, and Ukraine, which have sighed the Association Agreement with EU) or V4+2 (Georgia and Ukraine), depending on the

To avoid political fatigue in V4+Ukraine format Ukraine should adopt a proactive approach, which means to propose more new initiatives and cooperation frames which might be of interest for the Czech Republic, Hungary, Poland, and Slovakia.

Against the backdrop of the search for better solutions in bilateral relations in the short run, the Ukrainian diplomacy has to focus on political and practical progress on the V4 platform in 5-10 years. The existence of this barely institutionalized but effective initiative over the course of more than 25 years is a clear message for Kyiv to take it seriously and think long-term.