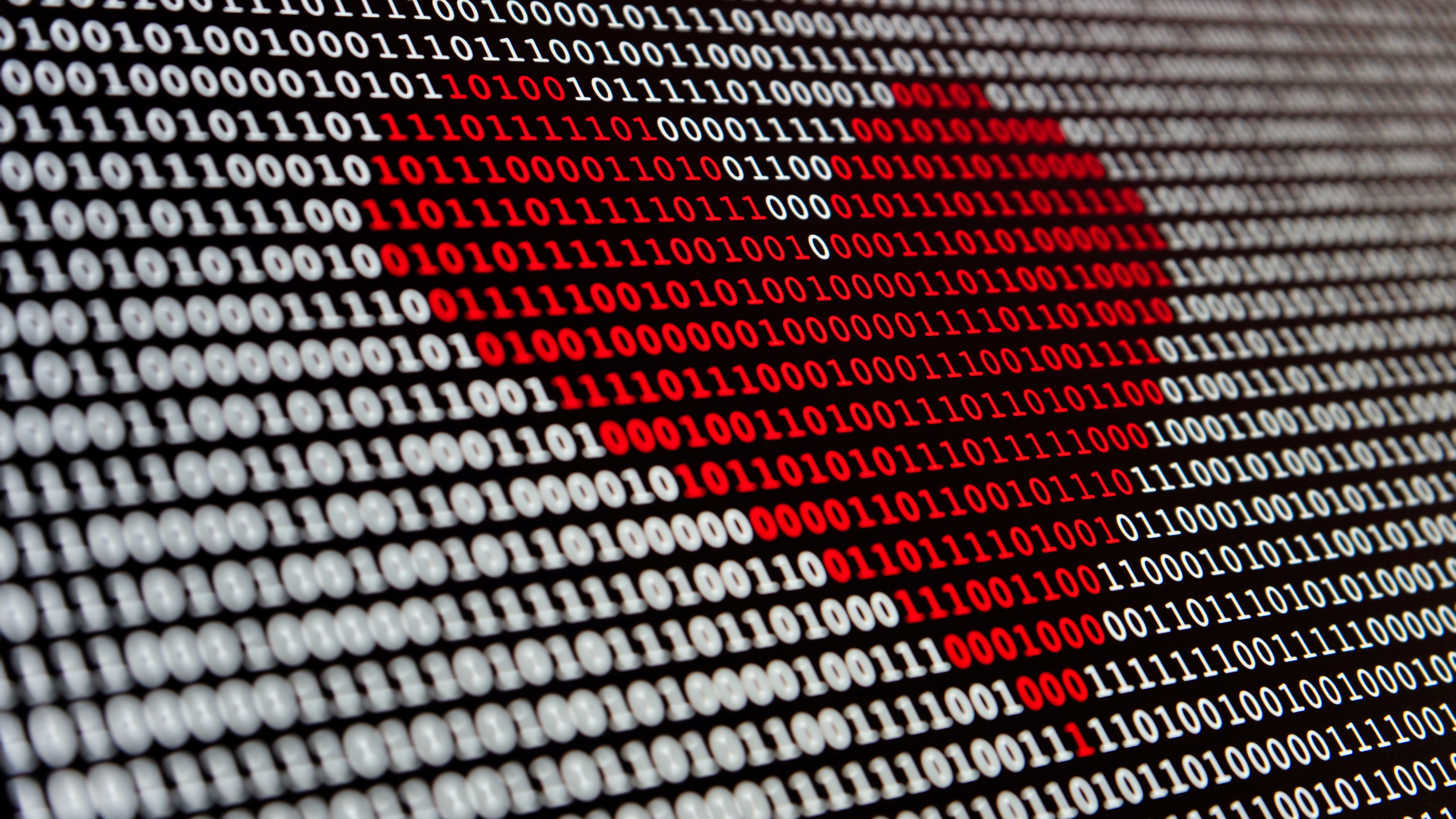 Data and politics: V4 at crossroads?

Digital disruption is happening: further enhanced by the Covid-19 crisis on the social, political and economic levels, EU member states, and V4 countries among them, are rushing to keep up with competitors and level the global playing field. The EU27 need to keep in sight the necessity to maintain focus on cohesion.

This holds true especially because the Visegrad Four (and several countries in the South) are more exposed to the disruption given their manufacturing and tourism focused economic development in past decades. In the case of the V4 countries, most FDI has been concentrated in the car industry, where robotization is currently speeding up. Will the ongoing data revolution present a new opportunity for them or fail to deliver?

Just as European Commission President Ursula von der Leyen promised, 20% of the Next Generation EU recovery fund will be spent on digitalization. How exactly the money is going to be allocated nationally and which efforts will bring true advantages on the European level remain to be seen. It has been clear from the start that even this historically high level of funding would not cover the needs of the European digital sector to remain competitive globally, so further private investment and other national resources must be deployed, highlighting different capacities across member states.

Theoretically, it is clear for the heads of state and government that Europe needs global champions, but as previously, old faultlines between large member states about handling national champions is not speeding up the negotiations to find a common denominator. We have witnessed this in the defense industry where Berlin and Paris have been inching towards a consensus very slowly over past decades, but the same was true for energy or utility providers. Visegrad countries are well-placed to advocate for EU-level cooperation in critical industries such as AI or data warehouses, which could help bridge the gap between the national interests of larger member states eventually.

When it comes to new ICT technologies and their distribution, the Visegrad Four are bound by new EU legislation coming into force: following the successful – albeit contentious – rollout of the GDPR, EU digital efforts continue with the Digital Services Act, the Digital Markets Act and the Data Governance Act, which will certainly define the space for maneuver for these countries. Furthermore, it is harder for them to represent their less articulated interests in Brussels, for instance due to the fact that they lack heavyweight IT companies.

The World Digital Competitiveness (WDC) report offers an indication of contemporary trends in the region. The WDC “measures the capacity and readiness of 63 economies to adopt to and explore digital technologies as a key driver for economic transformation in business, government and wider society.” It seems that the V4 countries are not necessarily following the same development path, although the presence of multinational firms remains strong in all of them. Nevertheless, in order to better integrate into digital markets, they would need a mixture of well-trained youth, buzzing start-ups, easy access to finance and European actors’ acquisition of the best ones. This is not exactly mirrored by the reality on the ground in the V4, at least currently.

Among the V4 countries, Slovakia was last on the WDC index, falling from 47th in 2019 to 50th in 2020; Romania took the place in front of it. Hungary, in turn, took over Slovakia’s 47th place in 2020, falling from 43rd place in 2019. In contrast, the other two V4 countries managed to climb on the index. The Czech Republic moved up from 37th to 35th place, while Poland climbed from the 33rd to the 32nd place. Hungary is among the global laggards in the so called “future readiness” sub-index of the Competitiveness report, which “examines the level of preparedness of an economy to assume its digital transformation.”

Mostly, experts like to point out the contribution of education in the long-run to the expansion of the digital field. As Septimiu Szabo points out in his excellent „Transition to Industry 4.0 in the Visegrád Countries” EC Economic Brief, “Between 3 and 4% of all graduates are graduating in ICT subjects” in the V4. Furthermore, it is possible that a certain number of those graduates leave the country to join international research hubs and corporations, decreasing further the available human capital in ICT at home. Another problem is that PISA scores declined for science subjects in the V4 countries in the last round of the survey, except in Poland.

Even if one looks at the general preparedness of the population, the picture is gloomy. In this perspective, Szabo cites the OECD’s Programme for the International Assessment of Adult Competencies (PIAAC) survey, which indicates that a staggering 19% of Polish and Hungarian adults struggle with low literacy skills. 18% underperform in numeracy skills in Hungary, 24% in Poland. This shows the growing gap between the underprivileged part of the population. Therefore, adult (re)education must be more accessible and more inclusive. Grants could help SMEs improve their employees’ digital skills and cyber hygiene, but “[M]ost domestic [V4] firms lag behind in the integration of new technologies and do not have a clear vision in terms of their digital transformation. The level of advanced digital skills among the workforce is also rather low and the prevalence of digital public services remains limited” – concludes Szabo.

This is a general EU goal as well. It is clear that none of the countries can perform well in the digital field if only the younger generations are digitally adept. The EU digital strategy talks about 57% of the EU population having some digital skills, but the bloc’s objective is to raise it to 65% by 2025.

The question is whether the political leadership and the social elite are prepared to drive this change. While Donald Trump in his 70s revolutionized the use of Twitter, this cannot be said about V4 political leaders, who are not trendsetters, at best they follow the Western examples in their online communication. It seems that the current generation of politicians are still hindered by the fact that they socialized around the fall of the Iron Curtain, while their counterparts could already use an Apple computer or a Commodore at an earlier age in the West. While I reckon that this image is certainly exaggerated, one of PM Viktor Orbán’s recently appointed governmental commissioners recently noted that the Hungarian premier does not surf on the internet frequently. We cannot overestimate enough how significant the shift in attitudes to digitalization will be once a new and younger generation of political leaders emerge.

Data revolution and the V4’s paths

The Hungarian government has just recently made its plans public about the National Data Agency (NAÜ), where most public (government) data will be anonymized and sold. Of course, the other direction of dataflows is just as important: the EU’s Data Governance Act intends to support the use of private (industrial) data by public administration to improve their respective policies, measure impact or assess decisions. This is a question of political culture and its evolution, among others.

Data usage presents problems as well; one may recall, for instance, the debates about Corona-applications that can track citizens and how this initiative produced heightened reactions. Extreme transparency, oversight bodies and court venues are necessary to enhance general trust in the data market, which is what the EU directive is seeking to achieve.

It it also useful to face up to data-related temptations, especially when one thinks about the Visegrad countries and the intensity of political battles, polarization in Poland and Hungary. The use of data might support democratic processes – or it may just as well strengthen authoritarian structures. The Chinese model of IT autocracy presents an attraction to many, while the US-model of “surveillance capitalism” – as coined by Shoshana Zuboff – is also a national security threat in many cases.

There is a certain likelihood that digital policies will also turn into hot potatoes in the next few years given the large space for interpretation due to their novelty, the innovative use (and potential abuse) of data in governance, not to mention Chinese and US interference in EU critical infrastructure and cyber space. V4 countries risk to fall victim to the same faultlines in this domain: Poland siding with the US (like in the Huawei case) and Hungary cozying up to Chinese interests. Member states’ individual actions create a huge challenge to any unified approach at the EU level, for instance concerning the regulation of the European cyber space.

Finally, let me offer the readers one example of an invitation to abuse data. GDPR is clearly stating that only anonymized data may be sold in the EU data space. Research done by scientist at Université Catholique de Louvain and by Imperial College London in 2019 on American anonymized datasets (as those were already available) found “that 99.98% of Americans would be correctly re-identified in any dataset using 15 demographic attributes. Our results suggest that even heavily sampled anonymized datasets are unlikely to satisfy the modern standards for anonymization set forth by GDPR and seriously challenge the technical and legal adequacy of the de-identification release-and-forget model.” Let’s imagine that legally sold datasets are getting de-identified in the wrong hands in any member state, let alone in the V4 countries or actors influenced from abroad. This is a huge, barely discussed risk.

V4 countries risk recreating the same gap in the digital word that they had in manufacturing and services. Their position in the supply chain is rather low – they assemble products, but do not innovate – and face legal constructions where larger corporations might enjoy a considerable comparative advantage, like it was assumed by experts in the Services Directive (Directive 2006/123/EC of the European Parliament and of the Council of 12 December 2006 on services in the internal market) which allegedly was not favorable to the new member states, and the happened in the case of agricultural subsidies after the enlargement.

In parallel, future EU debates about digital sovereignty and European data space might find themselves in the same trenches as in current political conflicts. The East-West divide on the stance towards Russia or China, the understanding of sovereignty in general is very different across the EU, just like the capacities to process data on behalf of the government, which are strictly restrained based on available budget resources and IT personnel.

In order to avoid undesired path-dependency, political leadership shall embrace long-term objectives in this domain, which remains unlikely.