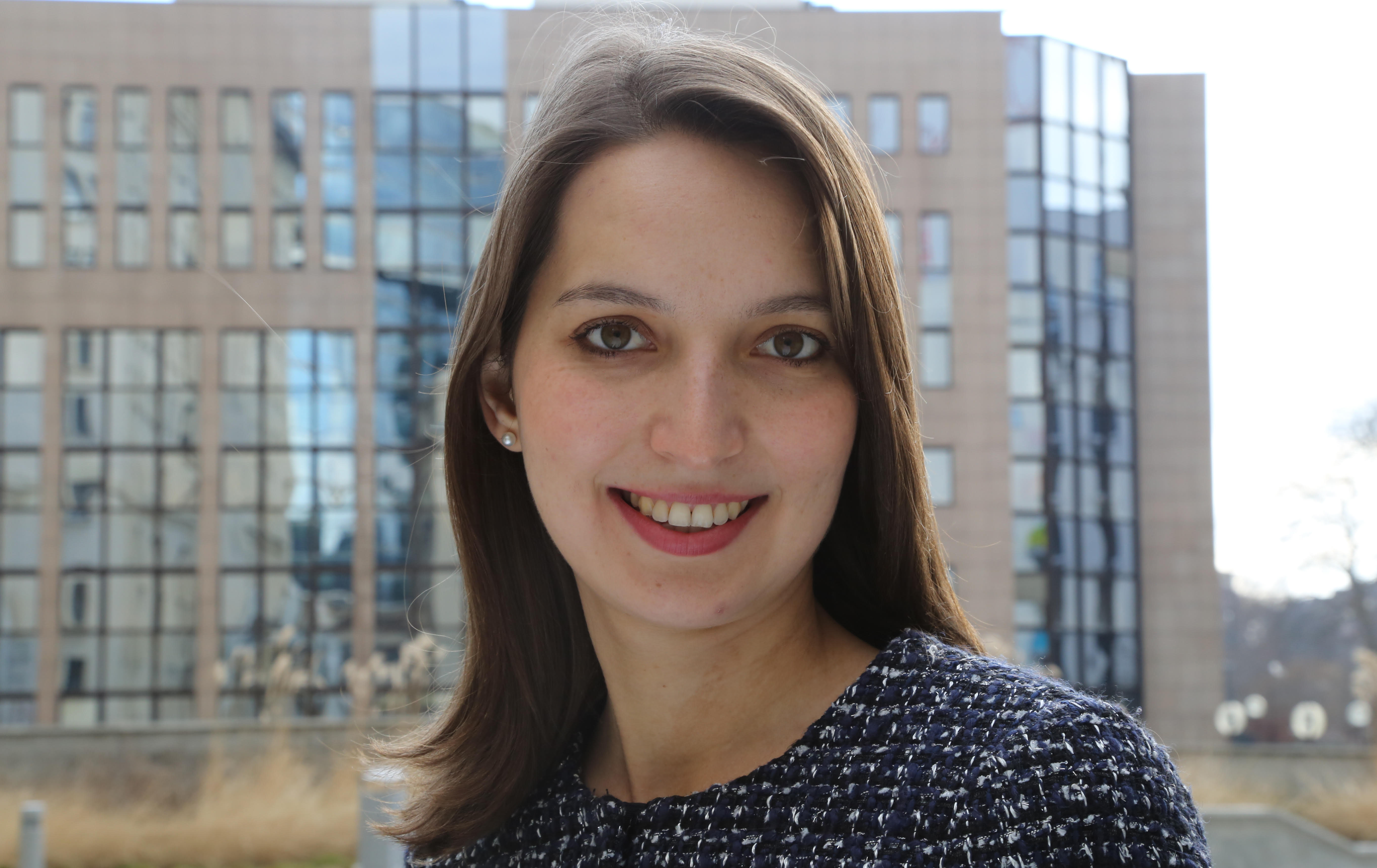 Latvian expert: V4 should be more ambitious in digitalization and draw inspiration from the Baltic

The V4 countries are only a political decision away of improving their digital infrastructure, they should be more ambitious, says senior fellow from German Marshall Fund Brussels Office Kristine Berzina in an interview with EURACTIV Czech Republic.

The EU wants to become carbon neutral by 2050. Meanwhile, a construction of natural gas pipeline Nord Stream 2 is going on. What do you think about compatibility of these two things?

There are two different ways to look at it. Nord Stream is a way to expand natural gas and to phase out of coal. But on the other hand, it also means an expansion of fossil fuel usage in Europe. If you are using Nord Stream to phase out coal, which is what Germany is trying to do, then yes, you could have some short-term carbon improvements. But the problem is that the EU needs to go fully carbon neutral by 2050. Which, for a long time, sounded really far away. However, it is going to be not as far away anymore, there are already two decades into this century and only three to go. If you have a pipeline that only starts functioning and needs to get paid off, how long will that pipeline run forward? So, the problem is that if you invest in a pipeline, you are going to have the pipeline for a long time, which means that you guarantee that Germany and Central Europe are going to be burning natural gas for a very long time. The alternatives are complicated, but I think we have a better sense of how they exist now.

The European countries are not united when it comes to the Nord Stream 2 project. Does this apply also to V4 group?

I am very concerned about the geopolitical and political baggage that comes with Nord Stream. The project has created distrust between European member states. And foreign adversaries, Russia in particular, have done a wonderful job of using that distrust and internal EU tension to their advantage. The very fact that the EU has said the member states’ opinions differ illustrates to the Russian public that this democratic, slightly “messy” form of government does not work.

Regarding the V4, there is a lack of coherence among countries as well. Also, their relations with Russia matters in the energy sense. There is Hungary and its desire to build a nuclear power plant with Russia. Then there is a mixed bag in the Czech Republic and then Poland's staunch opposition to the Nord Stream 2 project and desire to build LNG facilities and continue transiting on existing pipelines. I think individual dynamics in relationships with Russia also affect it.

While the gas is labelled as an intermediate step towards renewables and carbon neutrality, the label of nuclear energy is not that clear yet. V4 countries rather support nuclear energy in energy transition. Are they alone with this position in the EU?

Places that have had nuclear energy before are more eager to have nuclear energy plants rebuilt. For example, France has a very well-established nuclear energy system, very significant portion of power comes from nuclear energy here. On the contrary, there is Germany, where nuclear accidents in Chernobyl and later in Fukushima have led to very strong anti-nuclear power movement, so Germany gave up on nuclear energy.

Those two events did not have the same effect in Central Europe. There is an interesting question about political culture and fuel choices that are probably related. The speed at which transformations occur in the energy sector could in some way also be reflective of the speed at which other political transitions happen or do not happen. The political decisions about what kind of power to choose have something to do with ability to tolerate a bit of disorder. If you incline towards a top-down economic system or political system, then that is a model that is perhaps more acceptable for you also in energy sector.

Poland is building new nuclear power plant, Czechia plans on building a new block of Dukovany plant…Do you think it is a good energy strategy in the process of the transition?

As with the new pipeline, massive new infrastructure that will take a very long time to pay off is a risk in a transformative moment. Additionally, there is still unresolved question of storage and processing of used up fuel. Let’s continue to use obsolete energy infrastructure as long as it is safe enough to meet security checks and until there is a different system to use. Because will you be capable of creating a flexible, dynamic energy system if one of its big pieces is going to be a lumbering nuclear power plant? Do you want the cornerstone of your energy system to be inflexible? Are you really going to continue having a top-down energy system? Well, I am not sure.

Yet you said that alternatives are complicated. Would it be possible to switch to them right away without transitional gas and nuclear phase?

The alternatives are complicated, but I think that in this decade in particular, we are getting better sense of how a different system could look, which is much more similar to Uber or to take out food delivery app. It does not work in a steady way to just have a massive field with photovoltaic system which is expected to do the same exact thing that a power plant would. We could focus on the individual consumer and producer and the way the energy patterns work within a community. So why not use that money for getting to a more locally driven, independent, not geopolitically hazardous, climate friendly future?

However, this would require political ambition, imagination, saying no to all of the industry interests who insist that the way things have always been done is the only way things ever could be done. It requires turning the entire vision about how the energy sector works on its head. But the world is currently dealing with a pandemic, so there is no capacity for anyone to think of a massive structural reform.

Besides the energy transition, the EU states face digital challenges as well. The V4 countries are not exactly pioneers in this field. What do you think would be the biggest challenge for them in that field?

They should be more ambitious. Because being small and formerly part of the Eastern bloc does not matter. Look at Estonia, look at the Baltic states, there is tremendous digital infrastructure. You just have to say that you are going to do it. There is a big economic potential of having digitally literate regions to lift the Eastern half of the European Union to the same economic standard as the Western half within each of the four countries.

There is of course a difference between the major cities and the regions. So, the states should focus on those regions and provide them with the digital infrastructure, which is not impossible. The countries need to look at the Baltic states, which have average income, legacy infrastructure, entirely different system than Western Europe and yet they are doing it right. So, there are lessons to be learned. But I think it is more a political decision rather than actually a problem